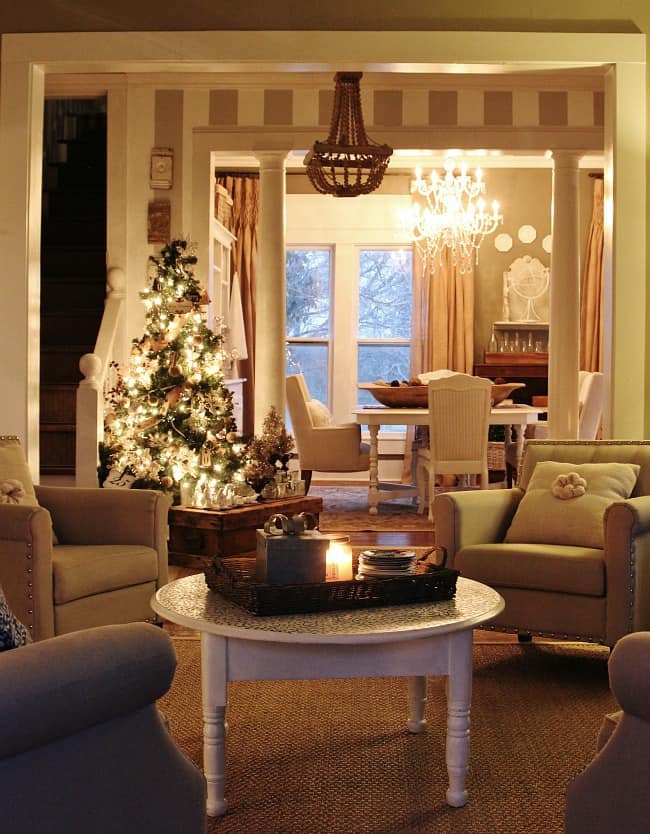 I’m not really an over-thinker.

I’m more of a blurter.

If my life were embroidered on a pillow it would say….

…..”It is better to beg forgiveness than ask permission.“ 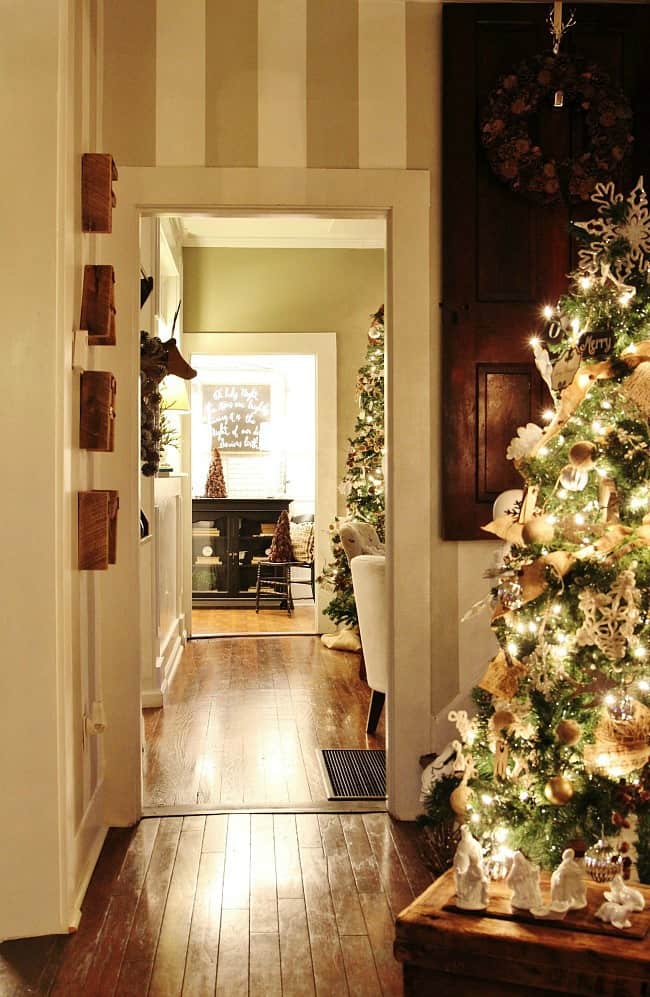 And so it should come as no surprise to you or me or the fence post….

….that I invited 50 people over to our house from the choir loft.

Yesterday morning in church they announced they were cancelling the annual Christmas caroling party. 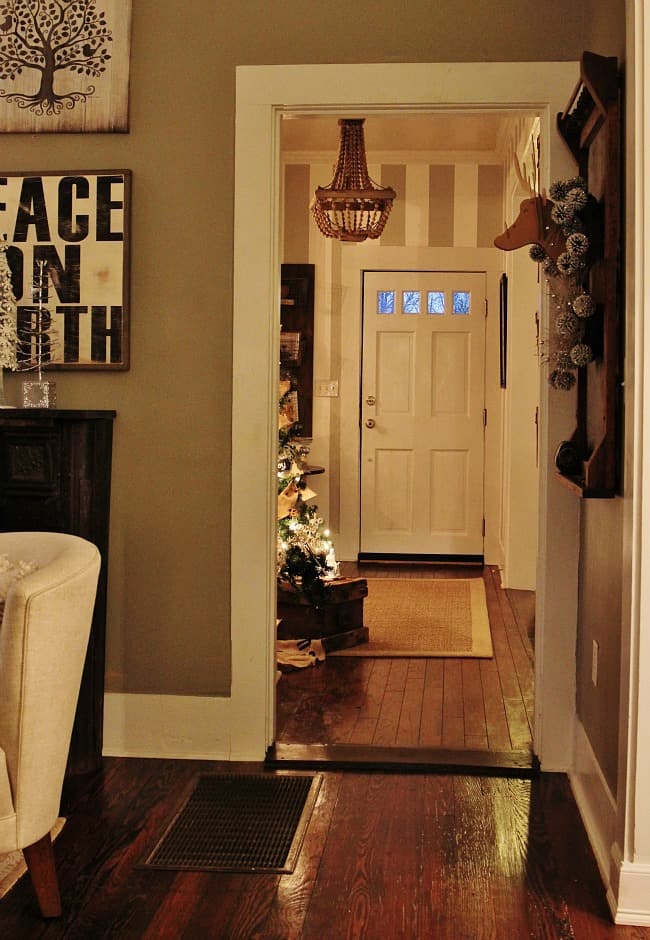 There were storms on the horizon and bad weather ahead and people weren’t feeling well and there really wasn’t any place to have the party after the caroling.

And so they cancelled it.

Was this really going to be a thing? 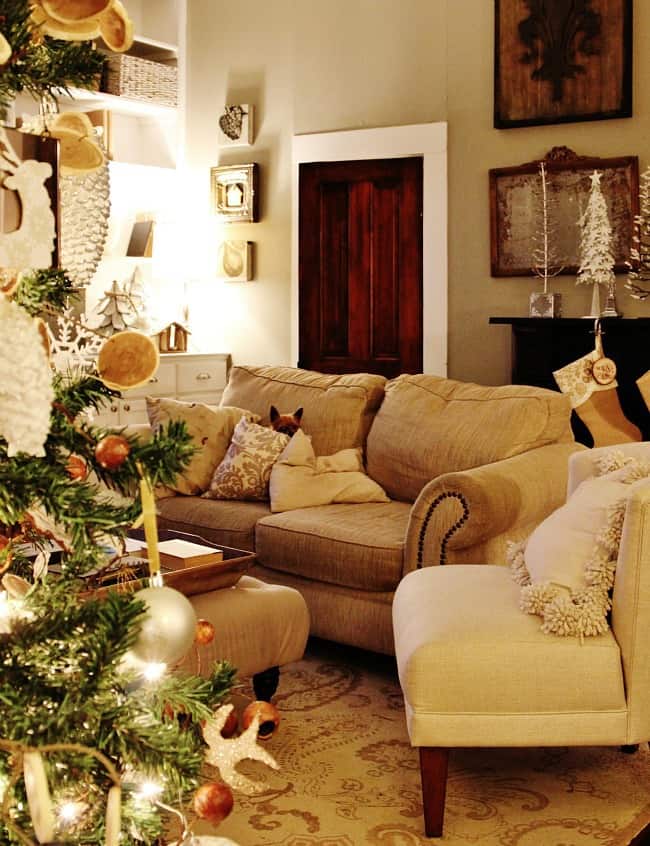 Not on my watch.

I didn’t even ask anyone’s permission.

The words tumbled out one after the other from the choir loft.  “You can all come over to our house,” I said.  “You can bring finger foods and we’ll sing and play guitar and eat and sing Christmas songs.“ 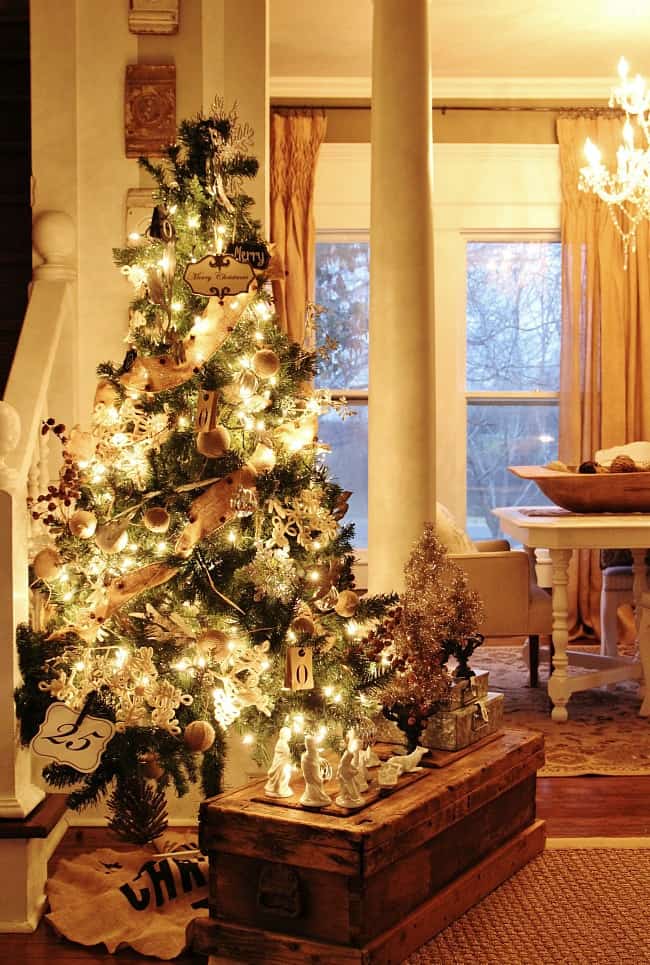 And so it was we threw a party later that afternoon.

I wanted to invite you from the choir loft, too.

So I took these pictures right before the masses descended on the house. 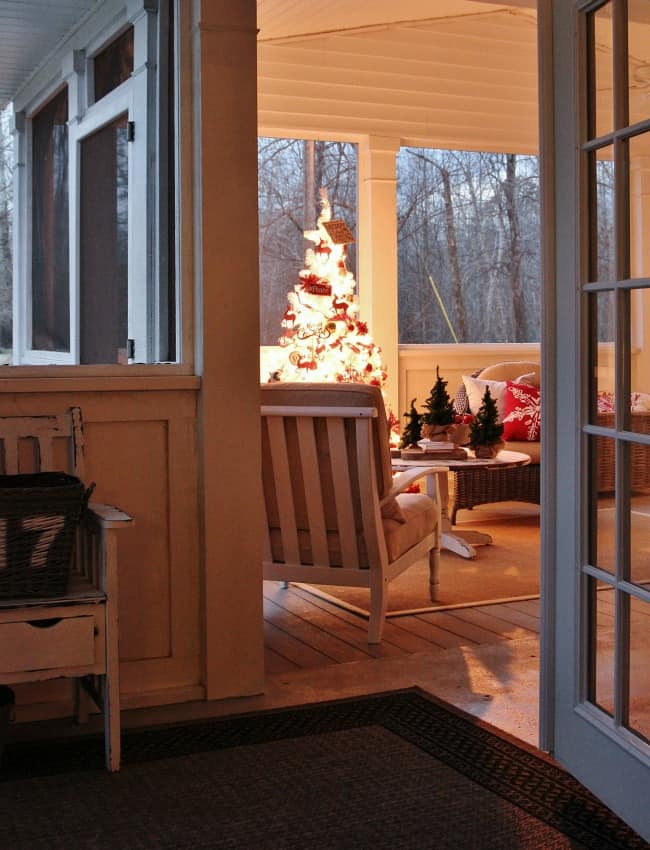 The sun was setting and the storm was about to roll in.

The house was full of smells like cinnamon and evergreen and hot apple cider on the stove.

The candles were lit and the pillows were fluffed and the night clouds were just on the horizon. 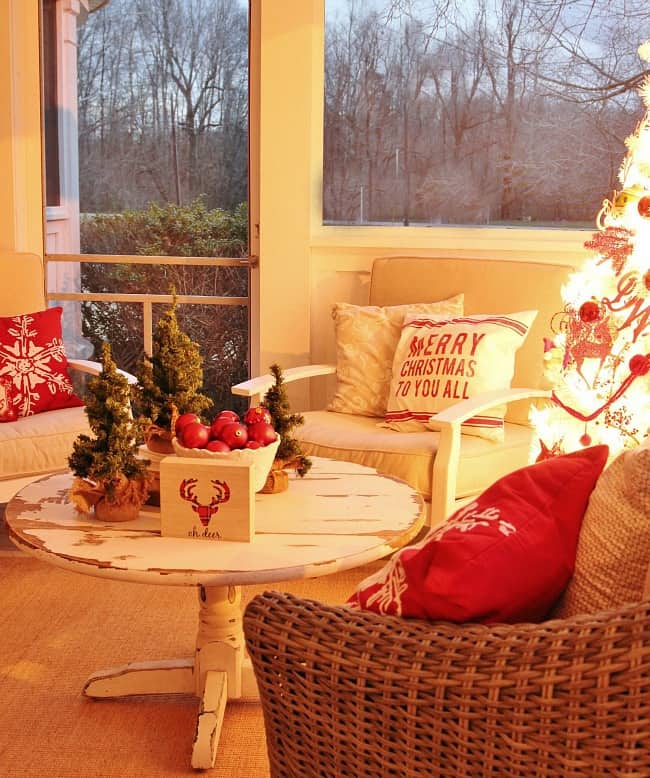 And the Christmas lights were twinkling on the back porch.

And all was bright. 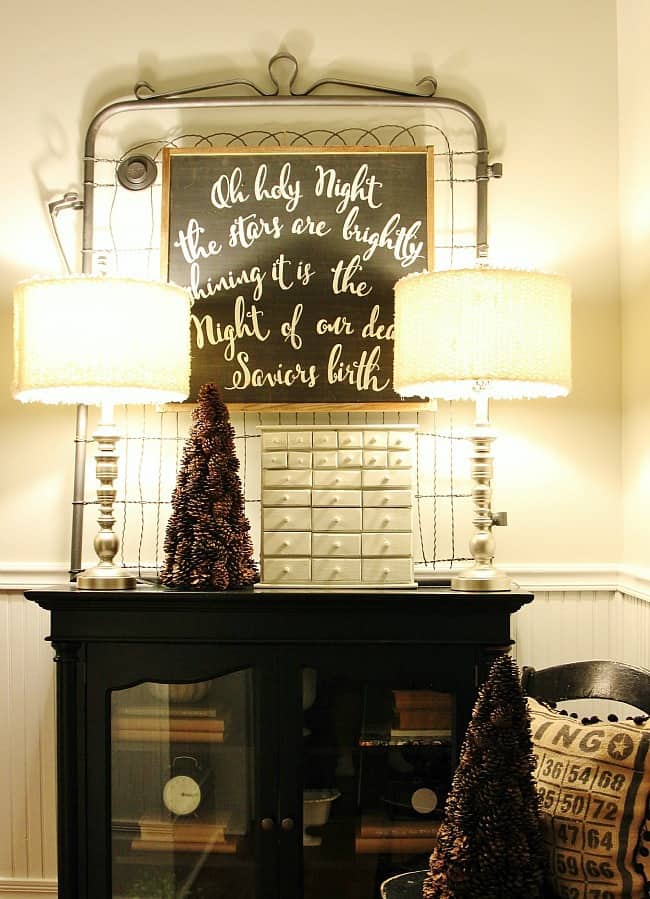 I blurted too quickly for that.

There were cobwebs in the corners and glitter on the dining room table and scraps of random Christmas decorating here and there that escaped the hurried clean-up before the party. 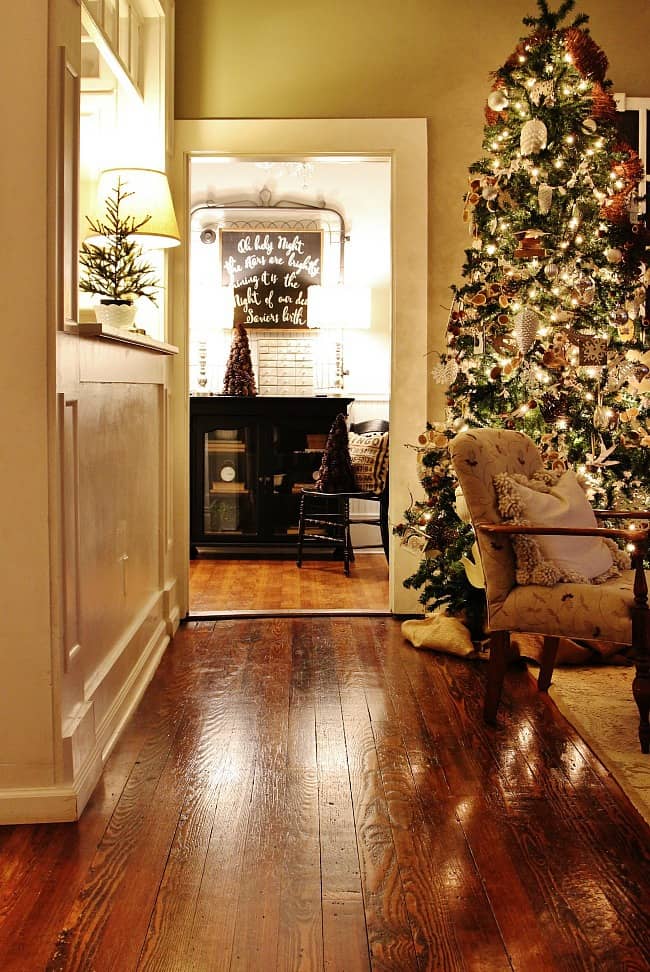 But I wouldn’t change a thing.

Because in the end it’s all about the the friendship.

And the joy of a Christmas party with twinkling lights and glittered snowflakes and evergreens and O Holy Night and a girl who simply loves Christmas….. 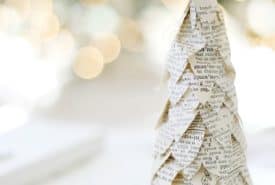 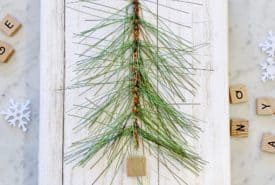 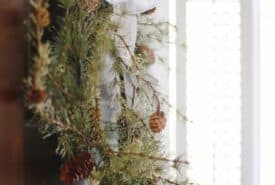 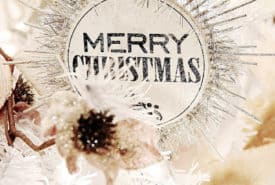