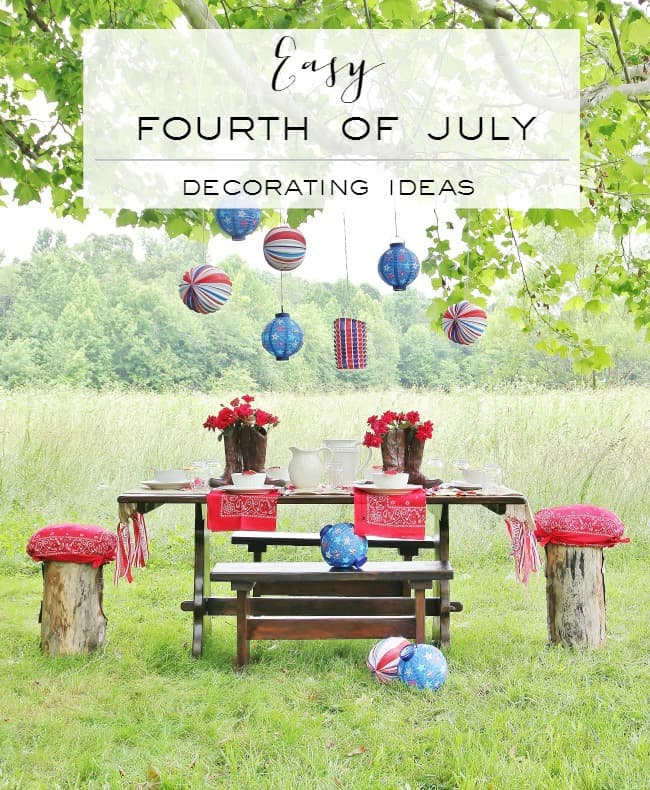 When I was little I spent a Fourth of July dressed up as Betsy Ross.

I would give my right arm and one of my molars if I could show you a picture.

We celebrated the Fourth at the Cape and I was in a parade pulling Sally Pitcher in a red wagon and dressed in a long turn-of-the-century styled gray gown with ruffles and a mob cap and an attitude.

At the risk of stating the obvious….

…I’m pretty sure I was waving a flag.

And I spent the parade telling any one who would listen that I invented it. 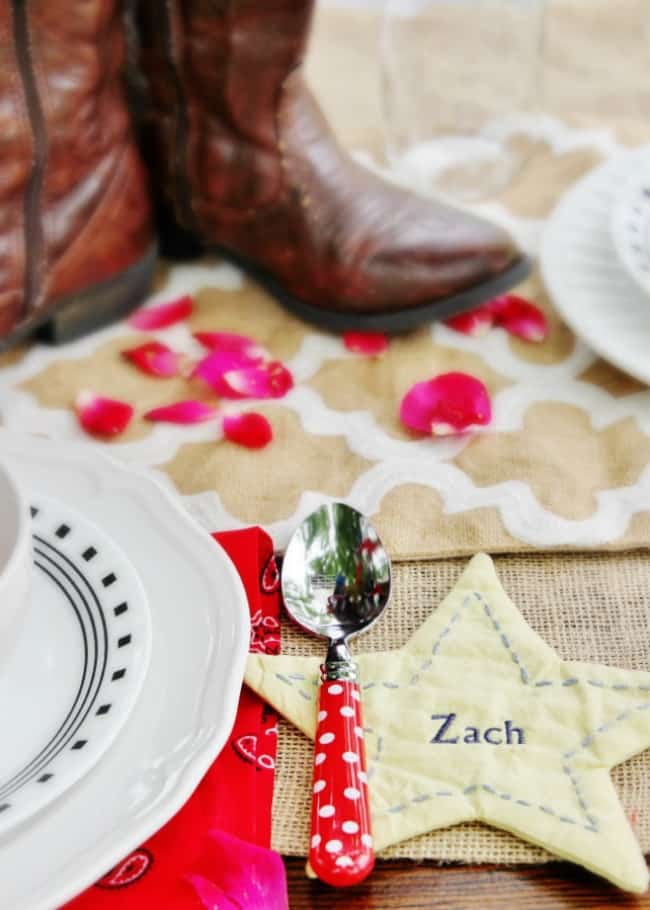 Maybe it was summers spent on the Cape and celebrating the Fourth at the heart of where it all happened.

Maybe it was the fireworks over the ocean and the bicycle parade and the streamers and the wheelbarrow races and the fifty yard dash.

Or maybe it was the sense of accomplishment I felt with my incredible flag-making skills.

I love the Fourth of July.

And so here’s a few simple, easy, no-stress red, white and blue decorating idea from my mob-cab to you. 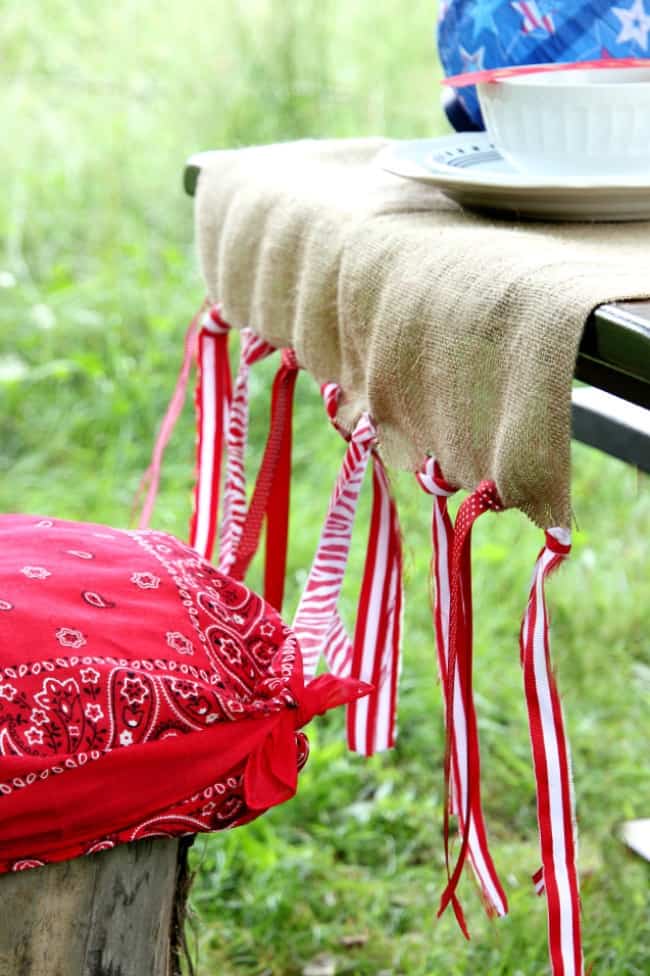 I love this so much that I’m thinking I need to post a detailed tutorial later.

And it only took me about an hour to make this.

In the meantime here’s the Reader’s Digest version:  tie ribbons on the end and add a meadow. 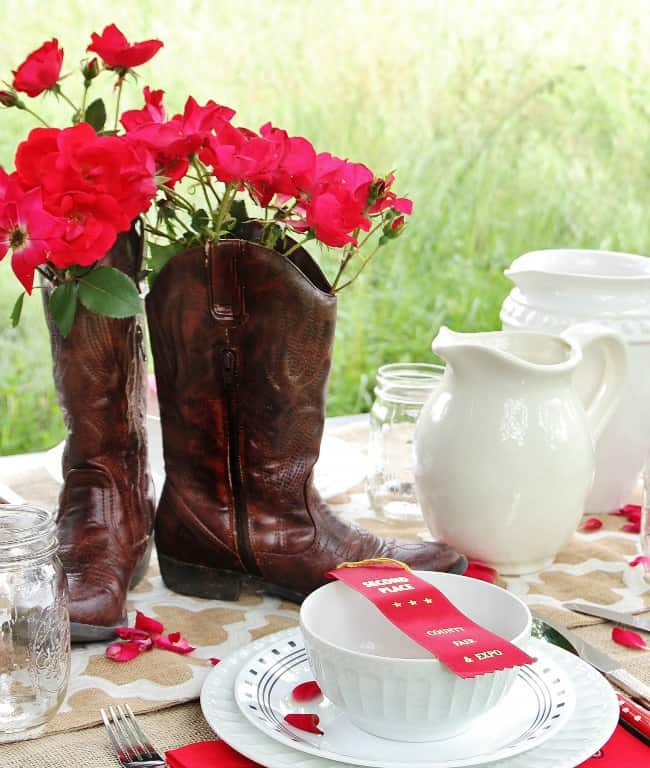 2.  Use cowboy boots for the centerpiece

Add a mason jar to the center of the boot and fill with water.

Then add flowers you cut from your yard or the grocery store.

Start with two bandannas from the dollar store.

Add a pillow to the center.

Tie each end off.

Tuck the ends in and you have a no-sew pillow in about five minutes.

Buy ribbons at the dollar store.

Add the guest’s name to the front or the back.

Finish the place setting by layering dishes on another bandanna used as a placemat. 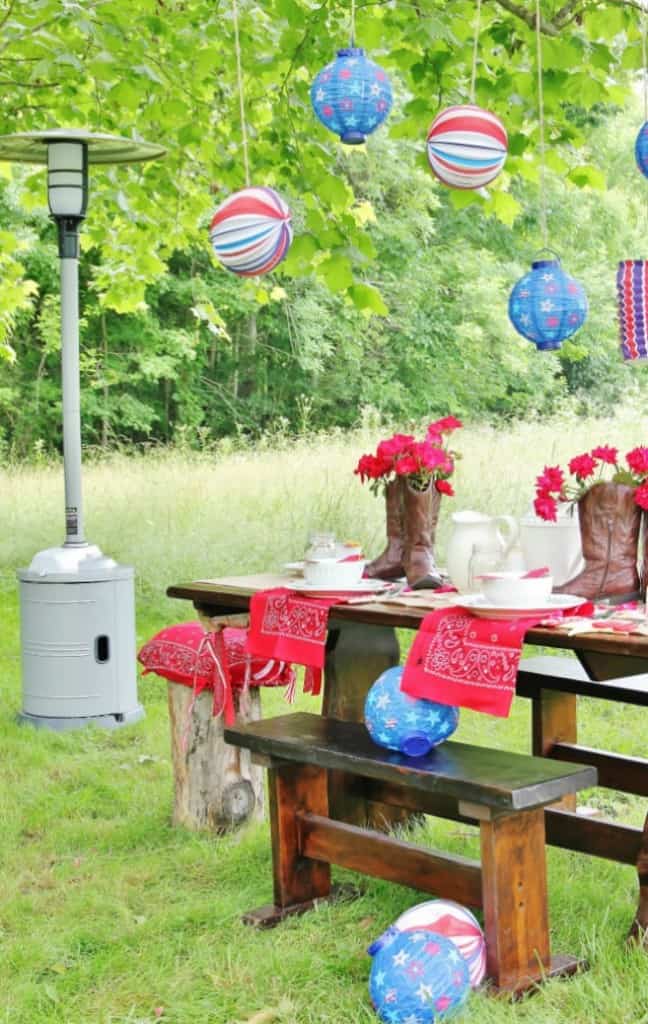 5.  Design the perfect playlist for the party

Do You Want to Build a Snowman from Frozen

Hello My Name Is by Matthew West

Eye of the Tiger by Survivor 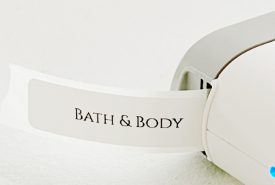 The BEST Playlist For a Summer Road Trip 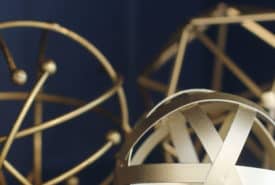 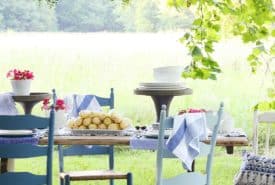