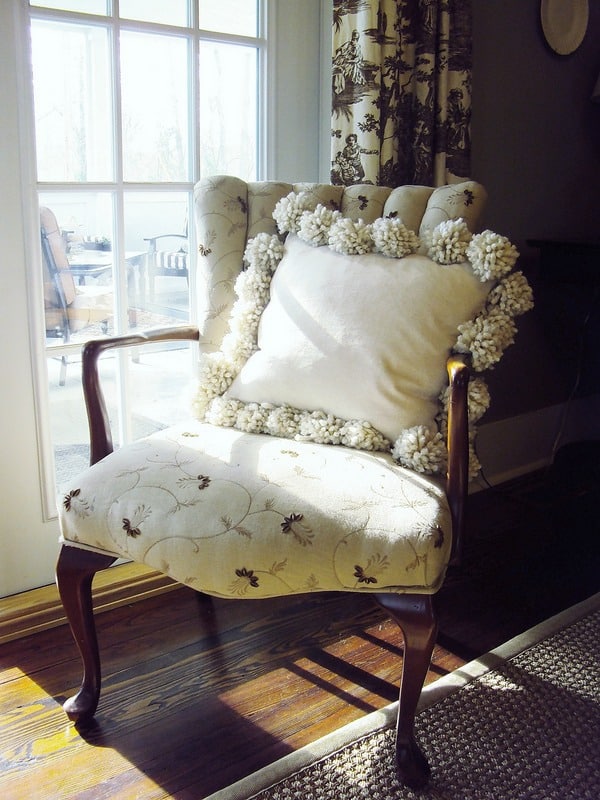 My husband told me he doesn’t like “freshy decorating.”

Actually the exact quote was, “Why do we have to have so much freshy decorating around here?”

I don’t think I’ve ever heard of that on HGTV before.

And I’m sure the DIY network never featured it.

He just stared back and shrugged and said, “You know.  It’s like when the decorating takes over the house.  When there’s freshy stuff everywhere.”

“Seriously.  It’s like the furniture is all occupied or something.” 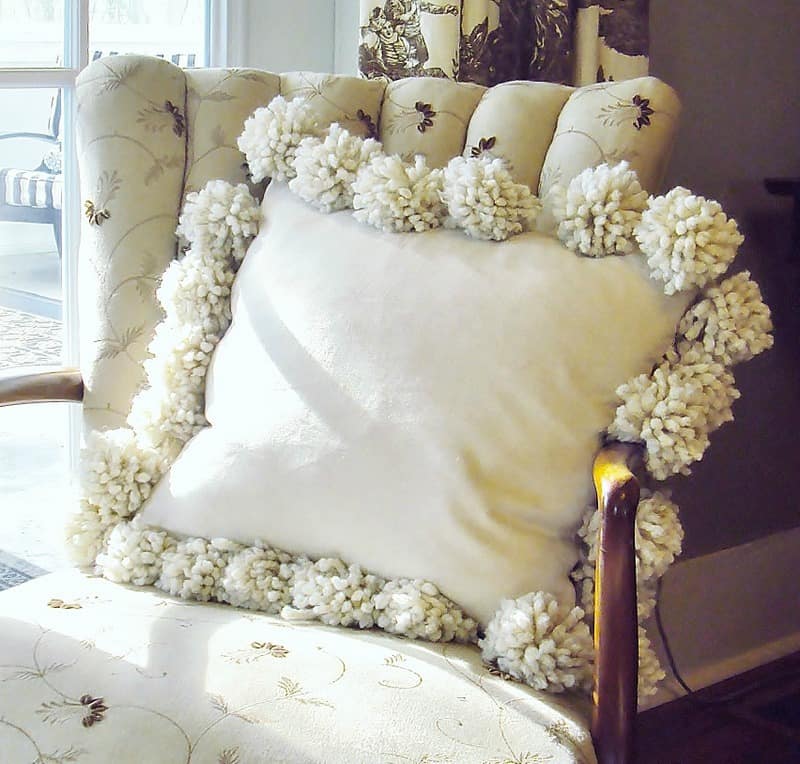 I think it was the pom-pom pillows that pushed him over the edge.

And he was right.

His chair was occupied.

By a freshy pom-pom pillow.

All during March Madness.  Oh, the injustice of it all.

But who doesn’t love a pom-pom pillow?  A pom-pom pillow that I first saw the tutorial for here.  That I fell in love with and had to make.

Seriously, all freshiness aside.  If you are even thinking of making this pillow, you must run to your nearest craft store and buy some yarn and linen and a pillow form and start churning out pom poms.

Because this pillow is true pom-pom perfection.

Now, if you are curious, “freshy decorating” no longer reigns supreme here at thistlewood.

I moved the pom-pom pillows to a new home.

I removed all freshy items from the coffee table.

I made every attempt to generally de-fresh the room.

And I did it all for love 🙂 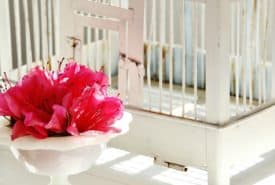 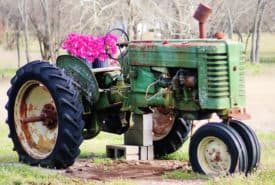 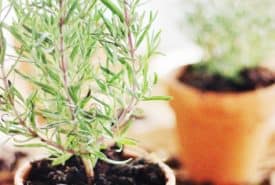 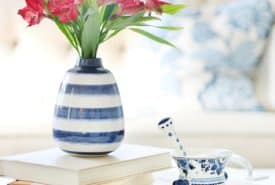