Ever wished you could take a picture of an entire room? This is the best camera lens for home interior pictures. And it doesn’t distort images, too. 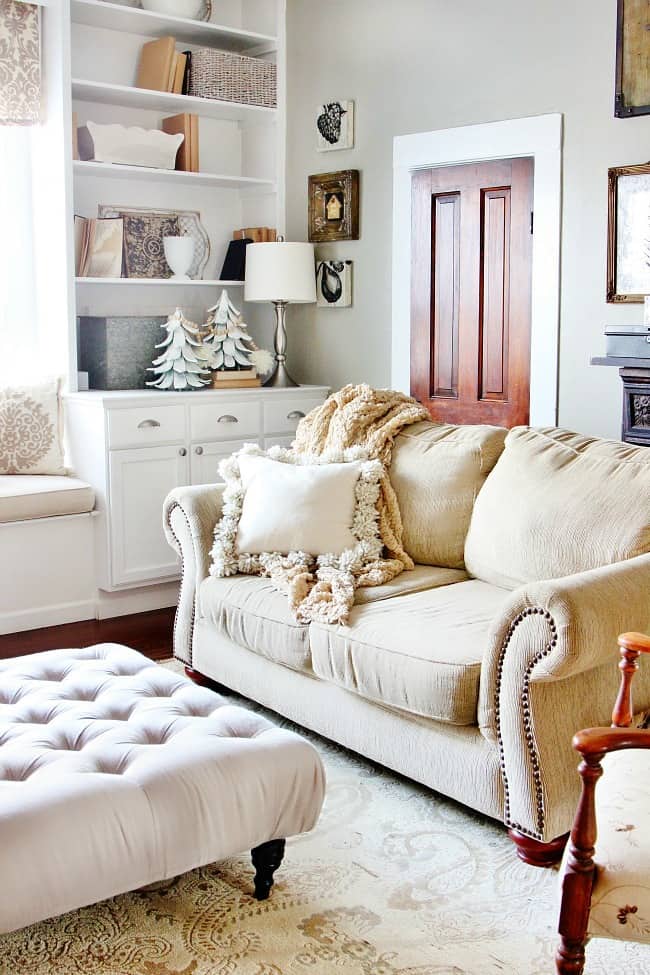 Have you ever noticed when I post house photographs on the blog, you kind of see half a room?

You see half the built-ins and one of the chairs and one side of the bookcases and half the window seat.

Are you drinking coffee and sighing at me and saying your half a room looks fine, but what’s across from the couch and what does the entire built-in look like and I really like that pom pom pillow….

….but what about the rest of the space.

But until Saturday, I didn’t have the right camera equipment to take an entire room photo.  I tried.  I really, really did.  I would back all the way into other rooms and stand on chairs and climb up a ladder to try to take a photograph of then entire space.  And sometimes I almost got it.  But between us, it never really worked. 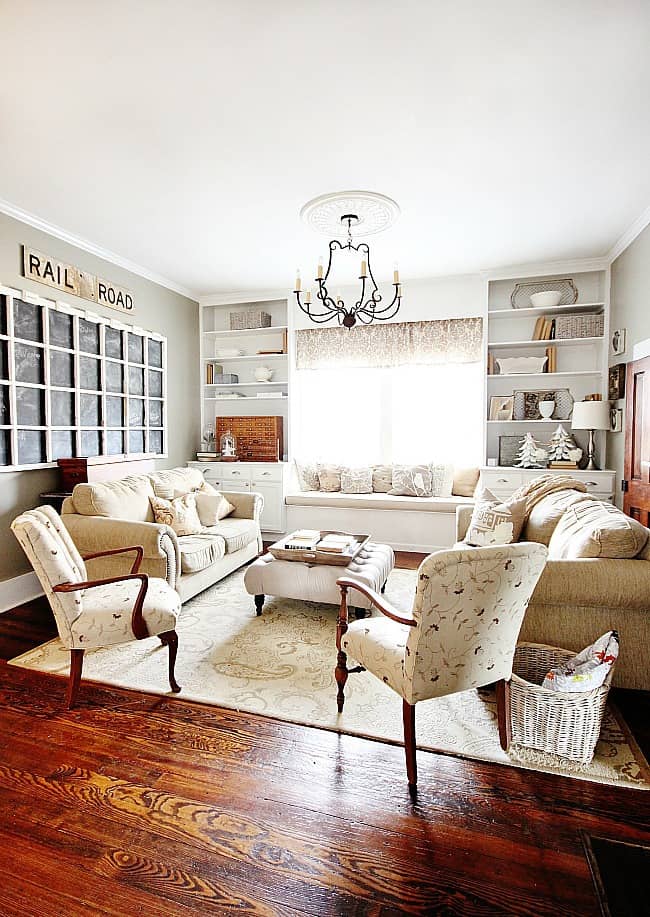 And now here’s how I took home interior pictures of the whole room.

You can see every couch.  Every chair.  Every bookcase.  Every ottoman.

You can even see our old-fashioned floor gate that I’m always trying to crop out of pictures.

And this is just the vertical shot. 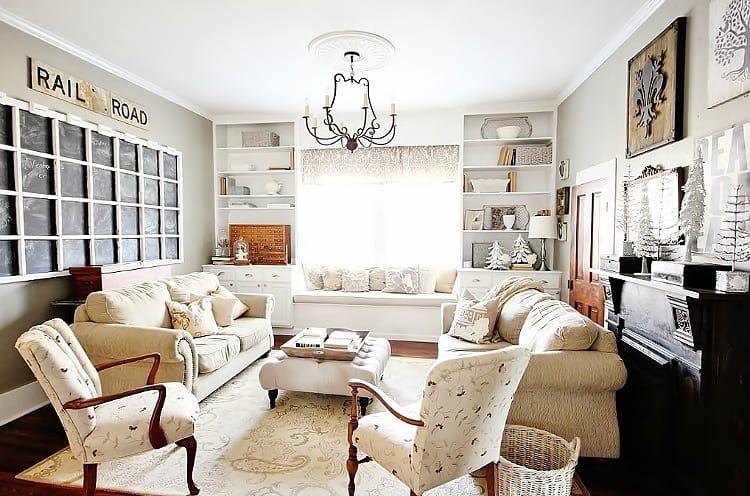 Check out when I turn the camera horizontal.

It captured every detail of the room.

And I didn’t even have to back up.  I’m standing at the edge of the room, not in the kitchen on a ladder.

The camera lens is doing all the work to take the best home interior pictures possible. 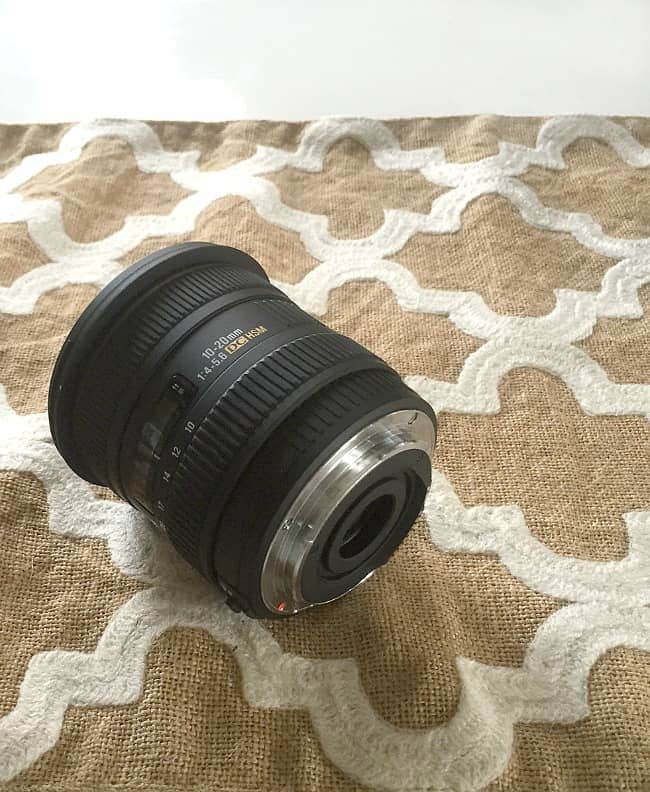 I have a Canon camera, but I went off-brand with a Sigma.  The reviews were excellent and a Canon lens was quite a bit more expensive, so I took a chance.

The cheapest place I found it was on Amazon.  You can read more about the lens and all the details on the Amazon listing here.

I was so excited about how well it worked that I couldn’t wait another minute to share.

A friend shared it with me and I had to pay it forward. 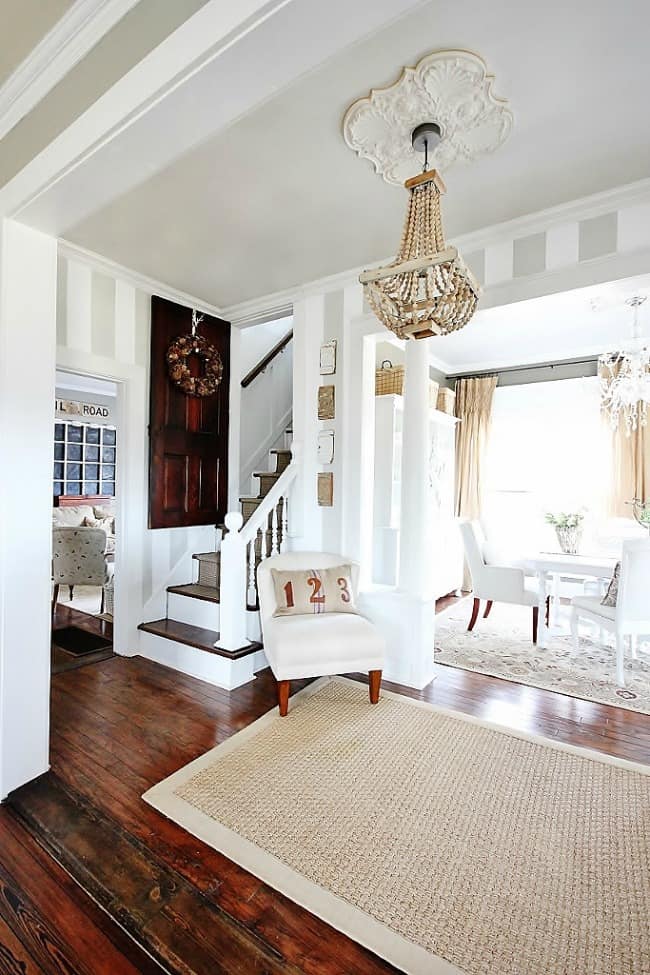 The camera goes so wide that you can see the ceiling to the floor and everything in between.

I’m not sure if I’ve ever been able to photograph that ceiling medallion before. 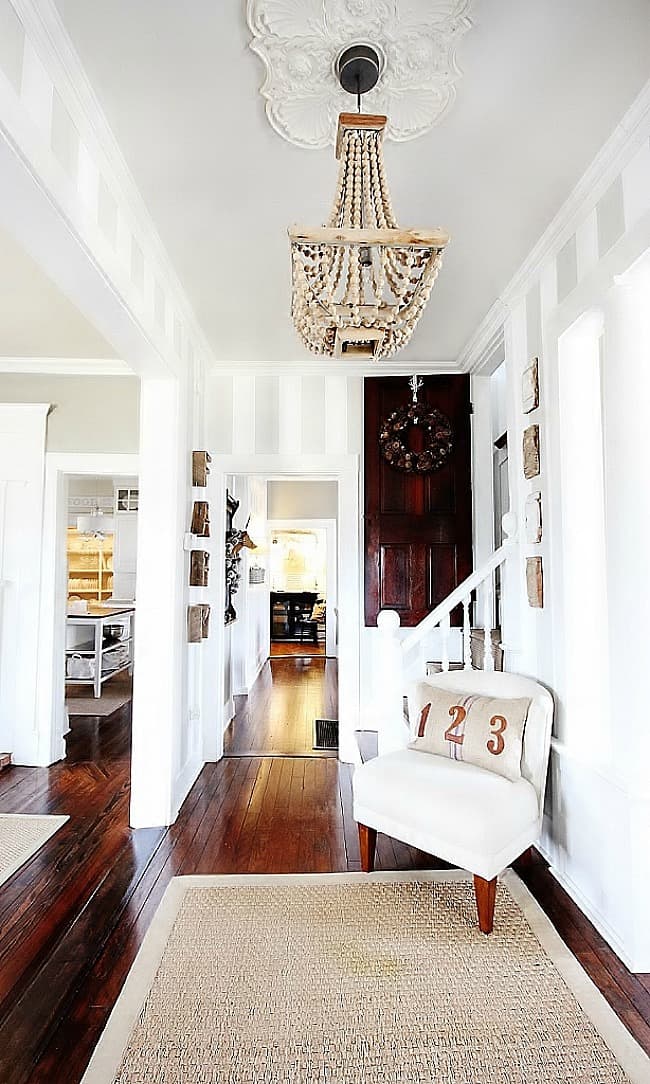 And then I spun around and took a picture going down the hall.

This isn’t even as wide as it goes and you can still see all the way from the front entry to the butler’s pantry.

You can see the end of the hallway, too. 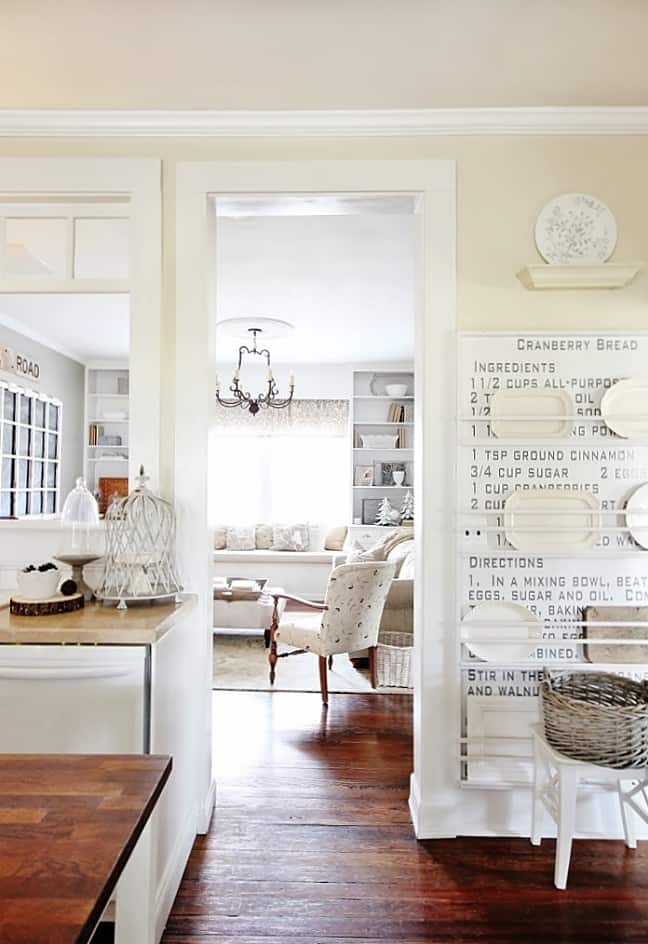 Normally, I can only get a portion of the recipe wall in the picture.

But with the new lens, you can see the room view from the island.

So many times when you take home interior pictures with a wide-angle lens, it kind of resembles a fishbowl with curved edges and doesn’t truly represent the space.

With this lens, there’s little, if any, any distortion around the edges of the photograph. 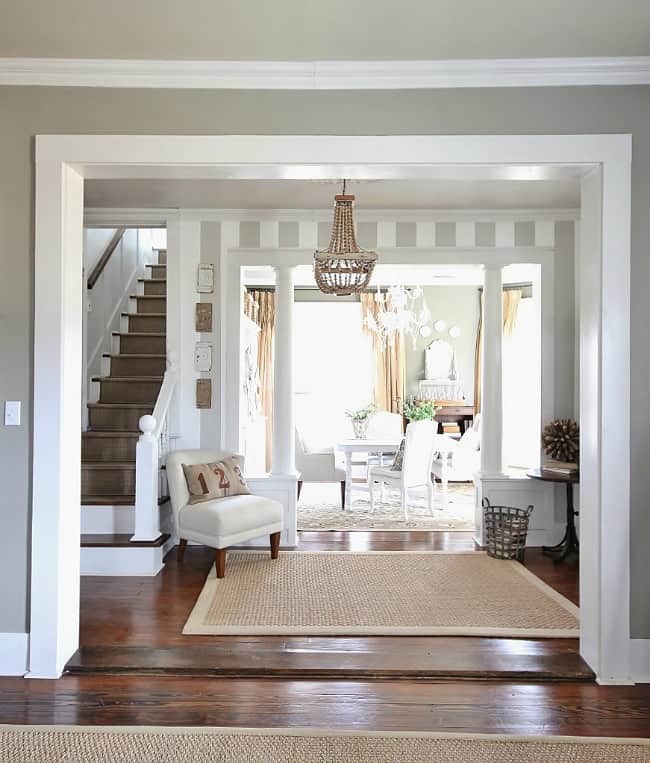 I have three room projects I’m in the middle of, so the lens will work perfectly to capture every detail of the before and after.

No more taking room photos with a wish and a prayer.

Just a girl and her lens.

And a whole lot of rooms. 🙂

PS You can order the lens here.

PPS  Here are my three favorite tips to take amazing photos and my simple tip for sharper photos. 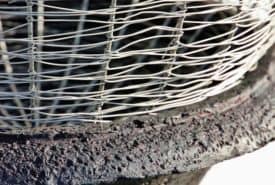 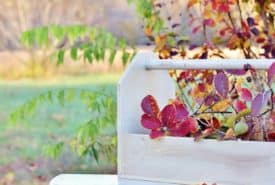