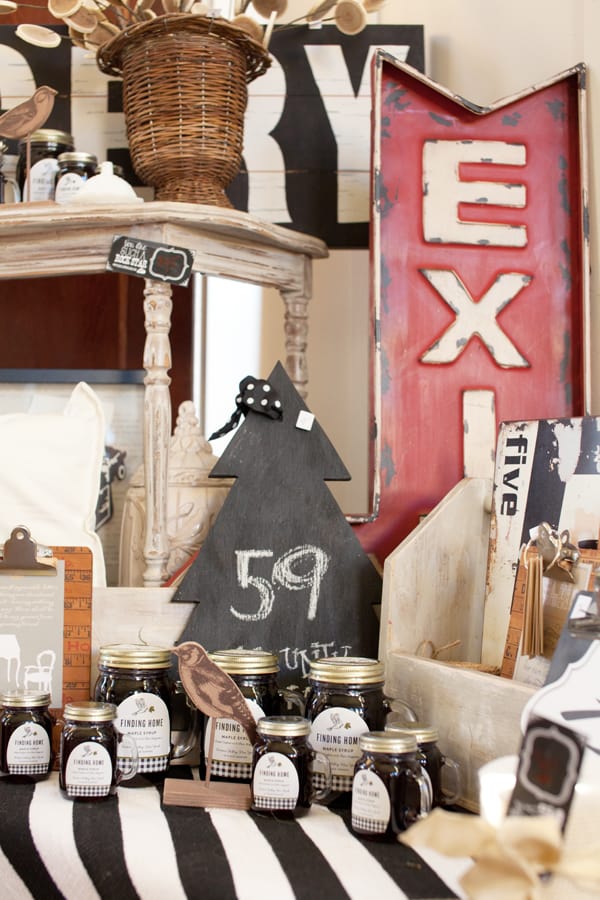 This weekend at The Chapel Market was amazing.

If you were there and I met you….just know that I adore you.

It was even better than last year.

And so much easier.

Because this year I brought an assistant who was faster than a speeding bullet and more powerful than a locomotive and who could leap tall buildings with a single bound…. 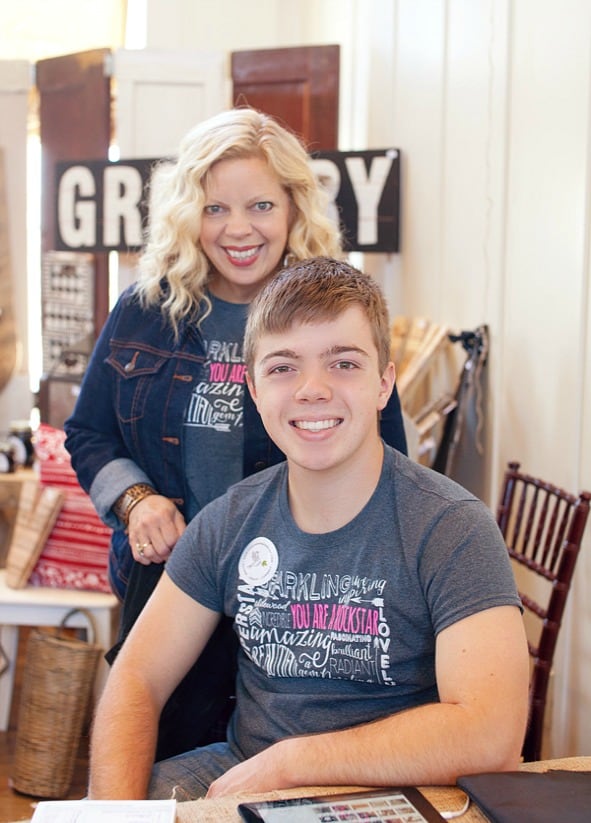 Here’s superman in all his glory.

He unloaded the car and set up the tables and put together the Christmas tree and hung the baskets and cut out tags and carried boxes and stacked t-shirts and drew on chalkboard trees….

…and promptly developed an entire inventory system for us in a matter of minutes.

And made everyone’s day just a little brighter with that smile. 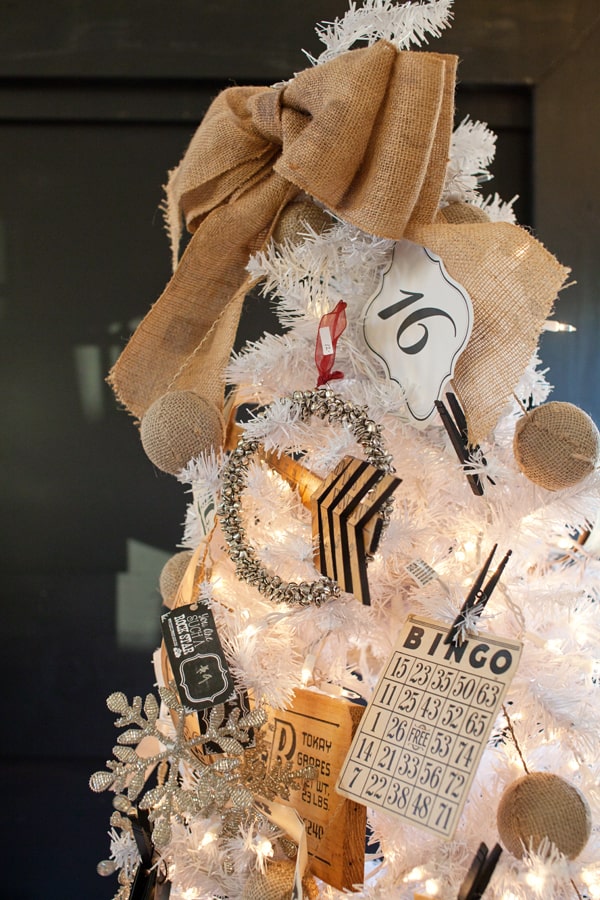 Several hours into the show I saw him deep in conversation with a group of shoppers.

I just stood there and grinned as he chatted away with them for ten minutes.

As a mother it was such a joy to watch.  He laughed and talked and made them smile and told them stories and listened when they told him theirs.  And when they all finished talking and turned to go….

…..he stood and waved good-bye to everyone like they had been best friends forever. 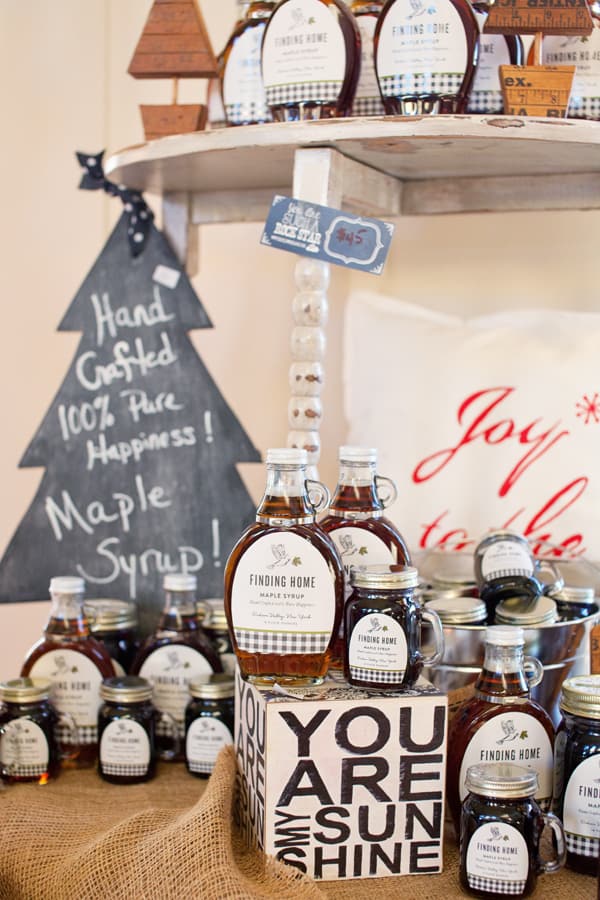 I thought that was the end of the story.

Until they all walked through the door at the end of the show…..

…..each with a copy of the Christmas Ideas issue of Better Homes and Gardens.

Pens in hand…..open to the pages featuring our house.

I was so excited.

I couldn’t even believe it.

This was the moment I had dreamed of.

I ran up to the door ready to sign the magazine. 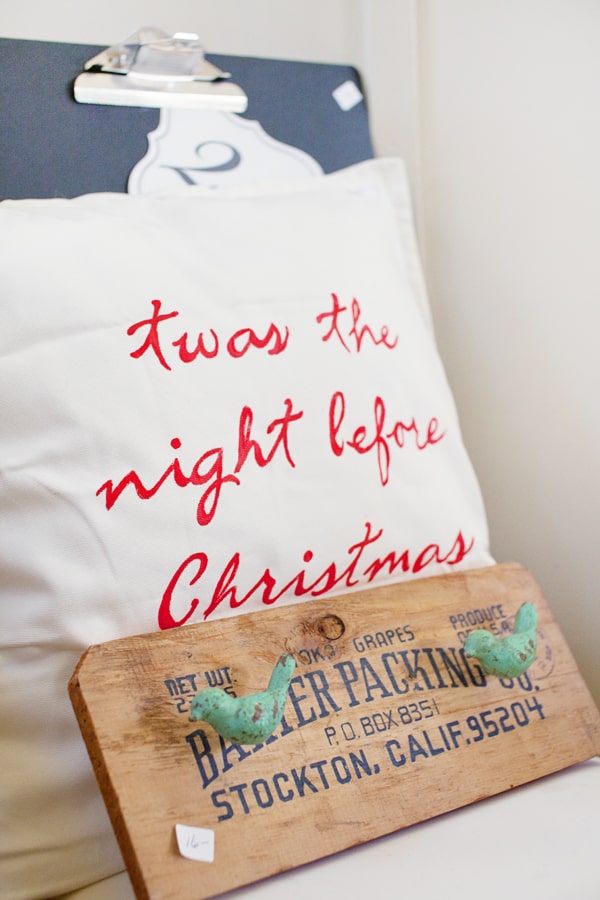 And as my heart raced and I reached for the pen with excited anticipation, one of the ladies brushed by me and said,

“Has anyone seen Denton?  We’re here to get his autograph.”

I stood by and watched as he signed all the magazines.

And when he had finished, they turned to me almost as an afterthought and asked if I wanted to sign the magazine, too.

I smiled, took the pen and promptly wrote…. 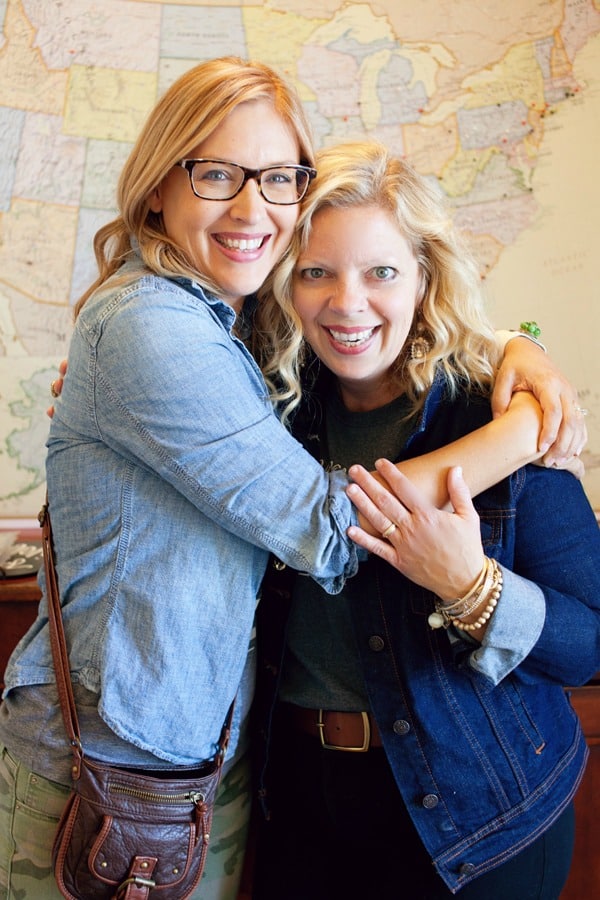 PS  The biggest thank you EVER to Layla for putting the event together.

And for taking all the pictures on this post.

…..because I was too busy signing Denton’s autographs. 🙂 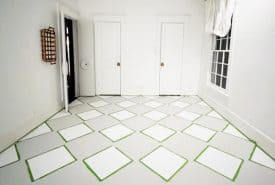 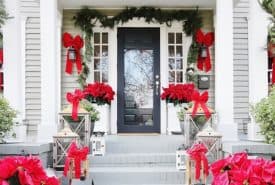 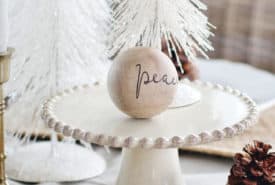