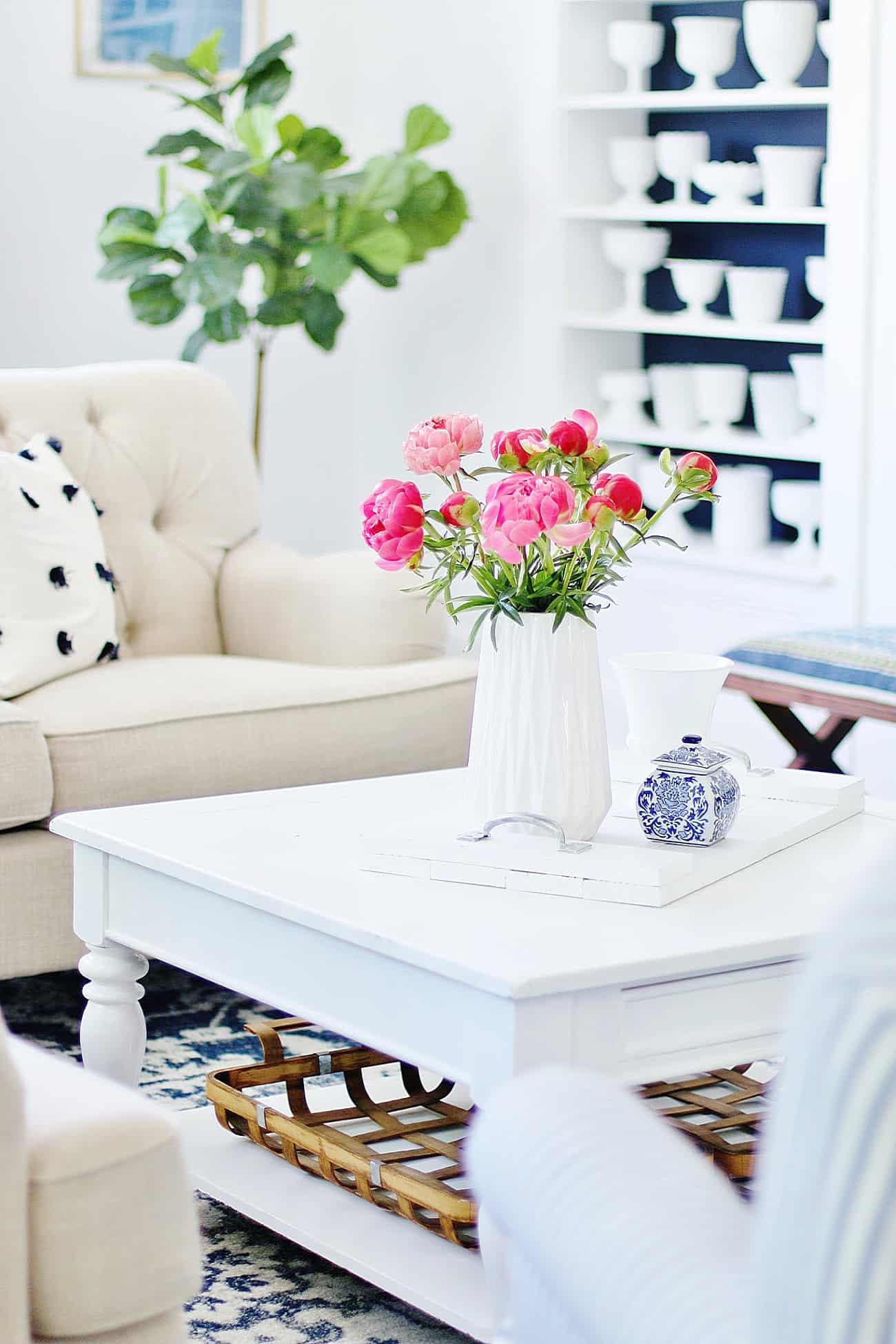 Yesterday I went to Trader Joe’s.

I heard a rumor that they had peonies. It was true. When I walked in the door it was amazing. The flower section was full of red and white and pink peony flower bunches.

Just for the record, peonies are my second favorite flower on this planet next to hydrangeas.

They would be in first place if the flowers lasted for more than a hot minute.

If you blink, the peonies will be gone until next year.

I grabbed bunch after bunch of flowers and tossed them into my cart and started whistling and pushed the cart up to the front and unloaded the flowers onto the counter. The clerk smiled at me over the edge of the flowers and said, “How many bunches of peonies do you have?”

Except when he said it, peonies sounded like PEE-OH-NEES. 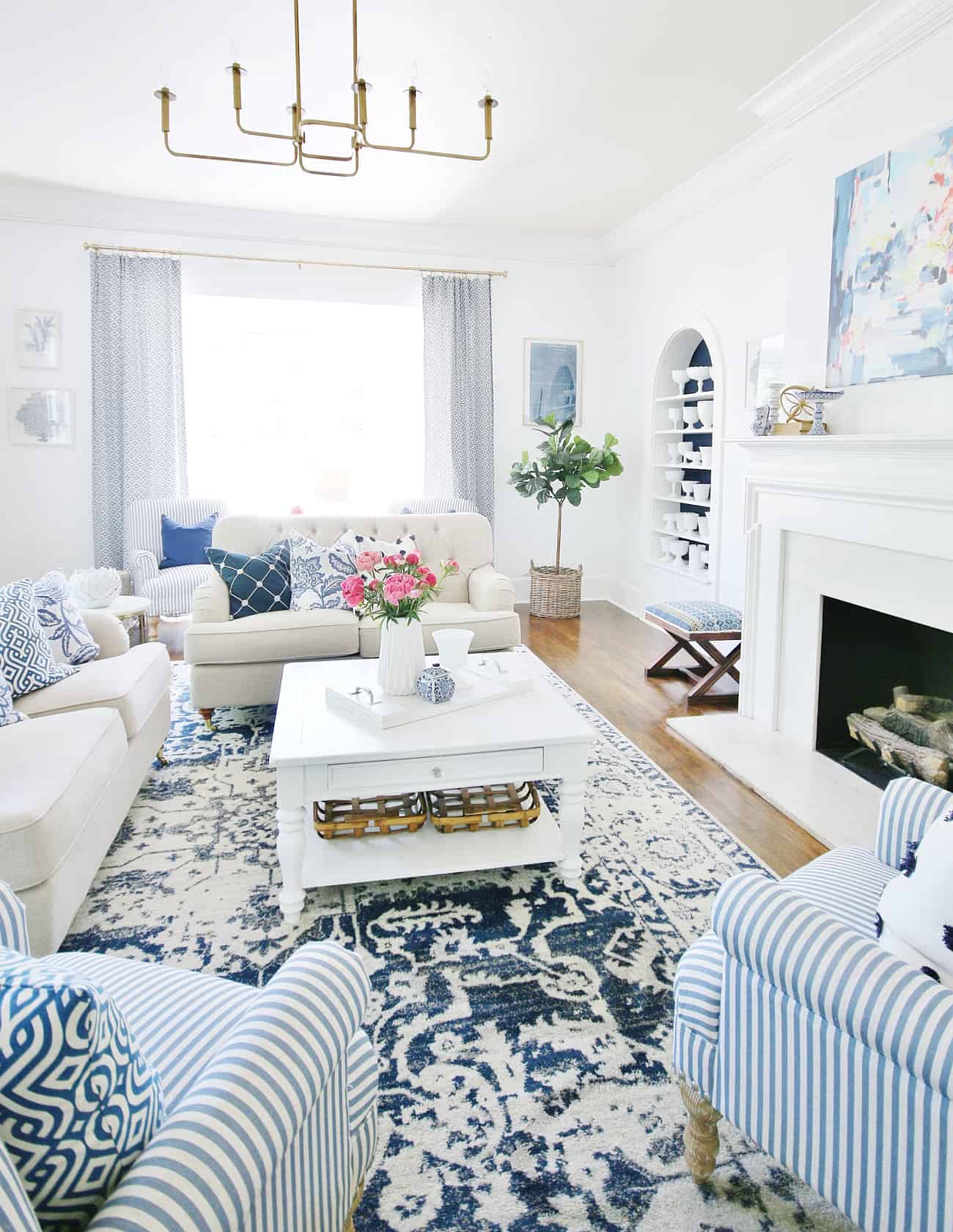 And that got me thinking.

Is there a right way to pronounce it?

And so I did what all potentially mispronouncing people do when faced with a word dilemma. 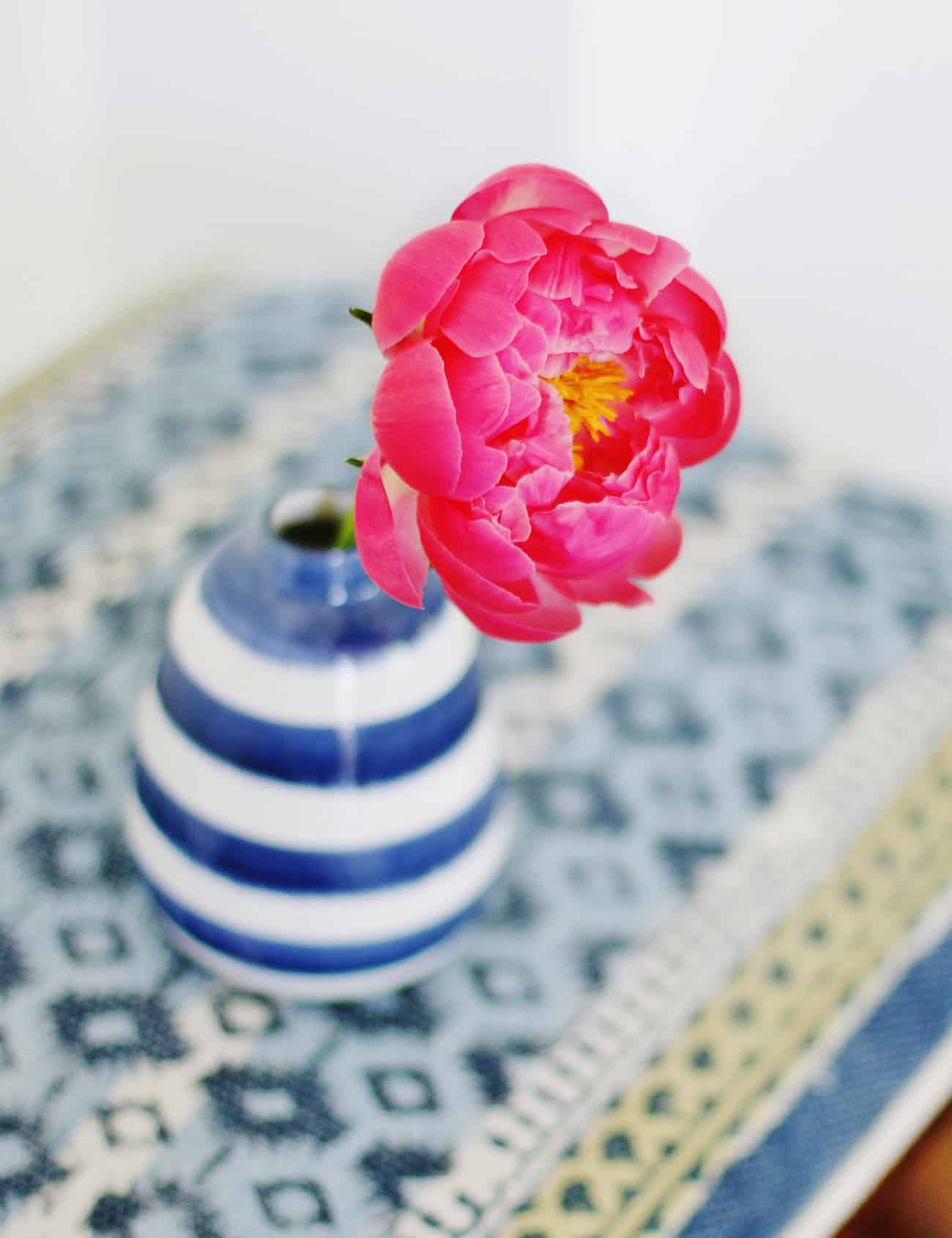 Can’t anyone make up their peony mind? 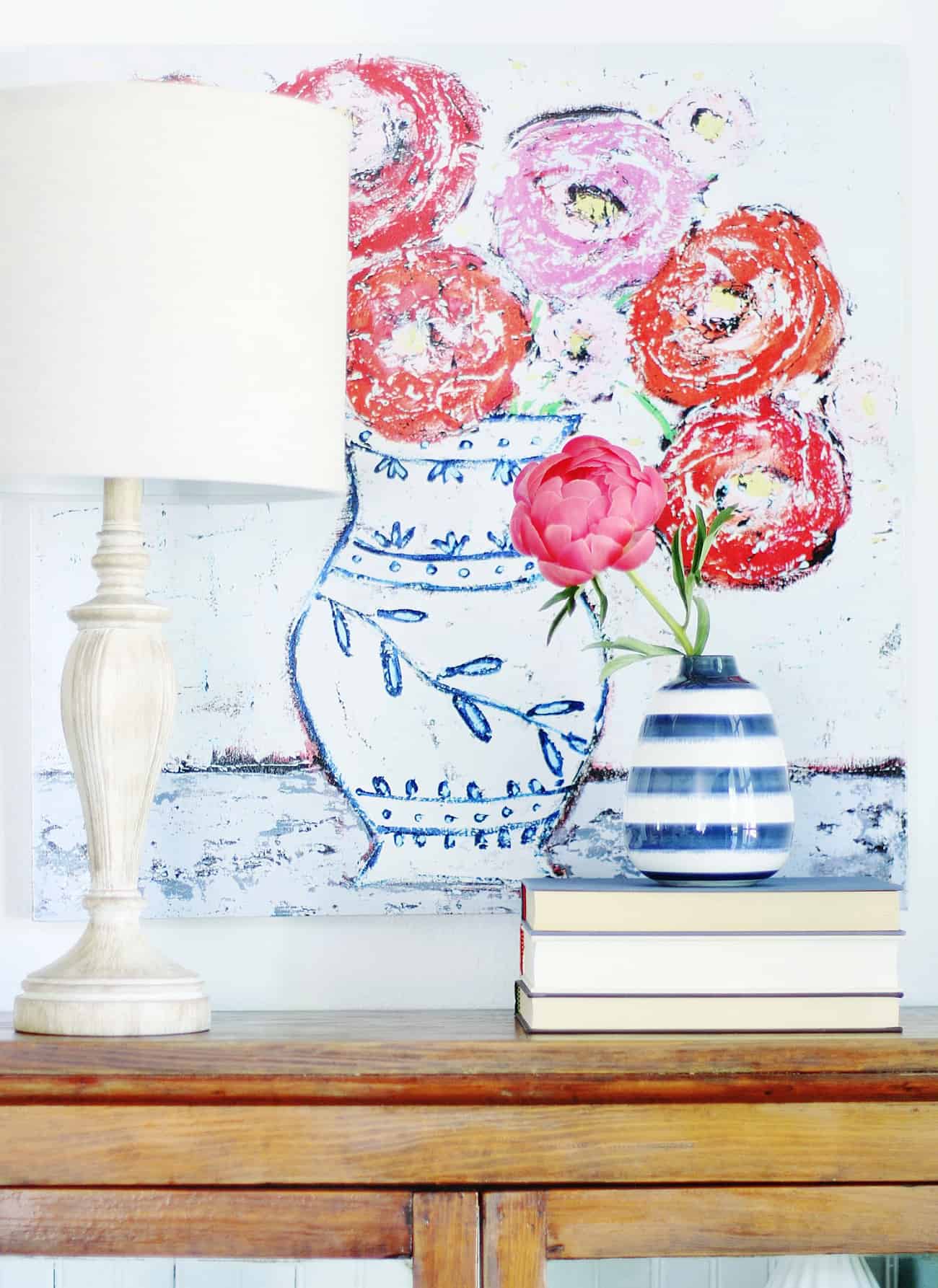 In even more general pronunciation confusingness, I found even MORE WORDS that I may or may not be saying wrong.

For example, how do you say caramel?

I only eat CAR-MEL if it has chocolate all over it.

I pour SIR-UP all over my blueberry pancakes. 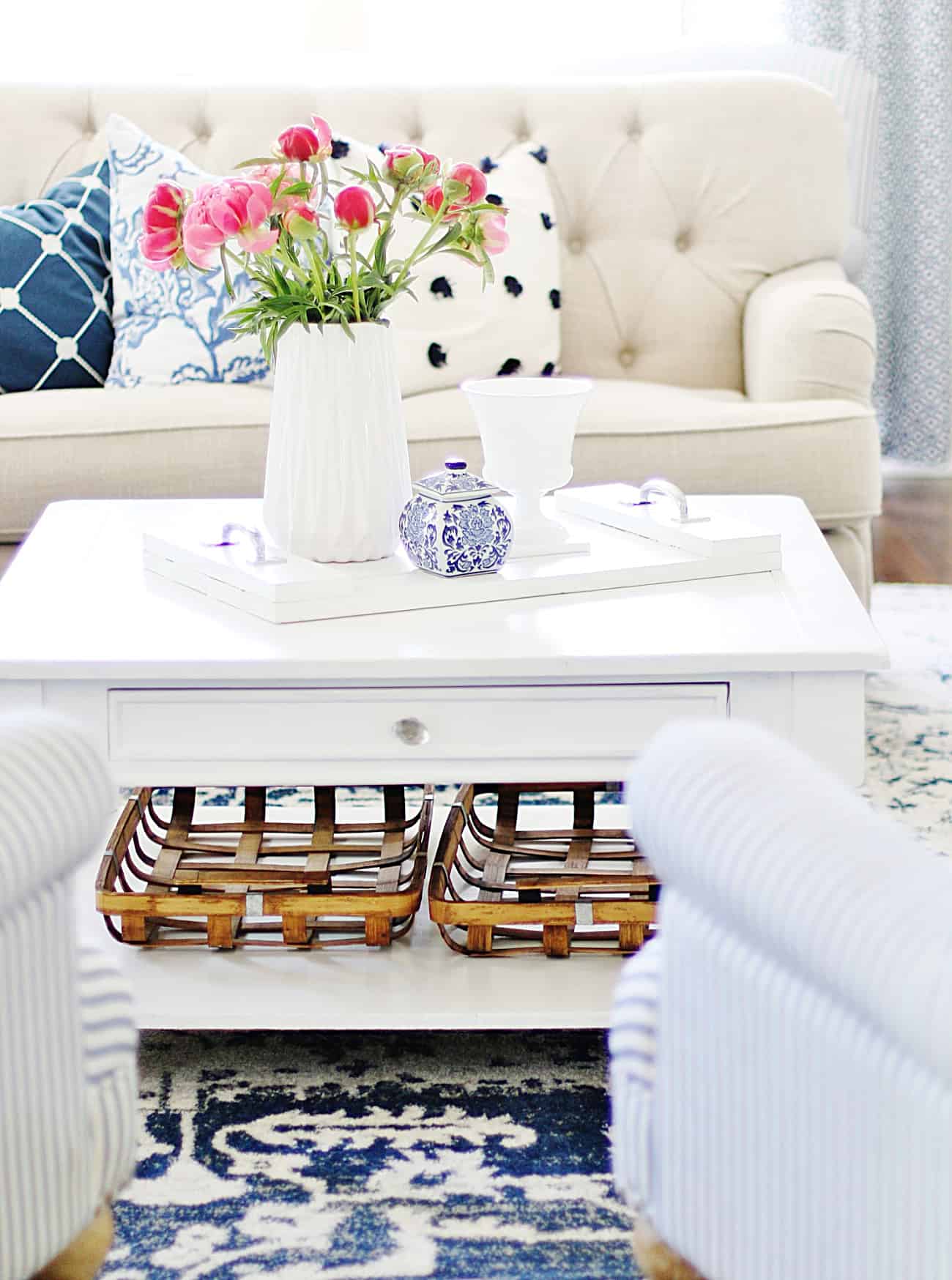 Or what about envelope?

When I mail a letter, I put it into an EN-VEL-OPE. 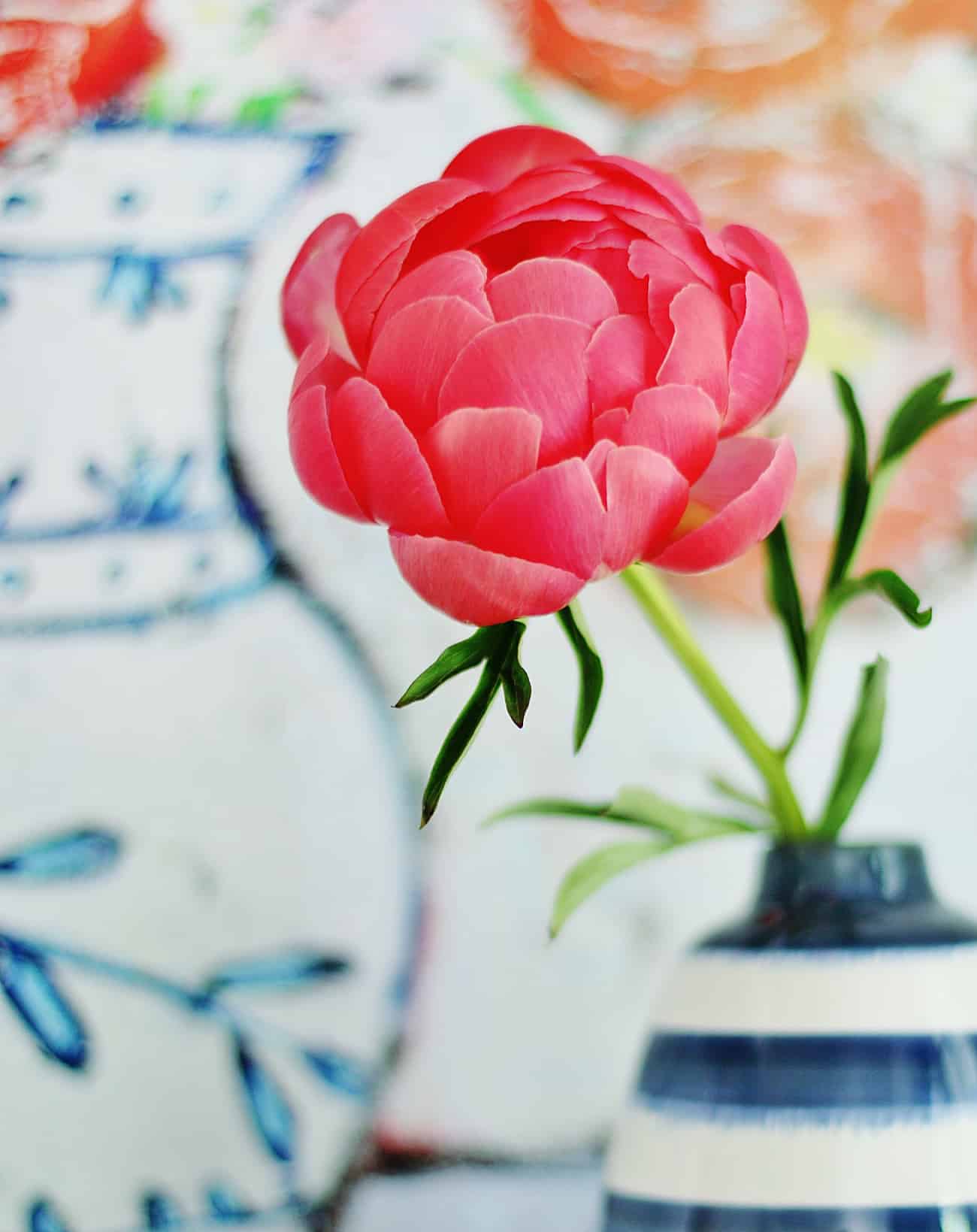 How can we all not agree on the right way to say pecan? Especially if you are from the south.

Unless I’m eating pie. And then it’s PEE-CAN pie. 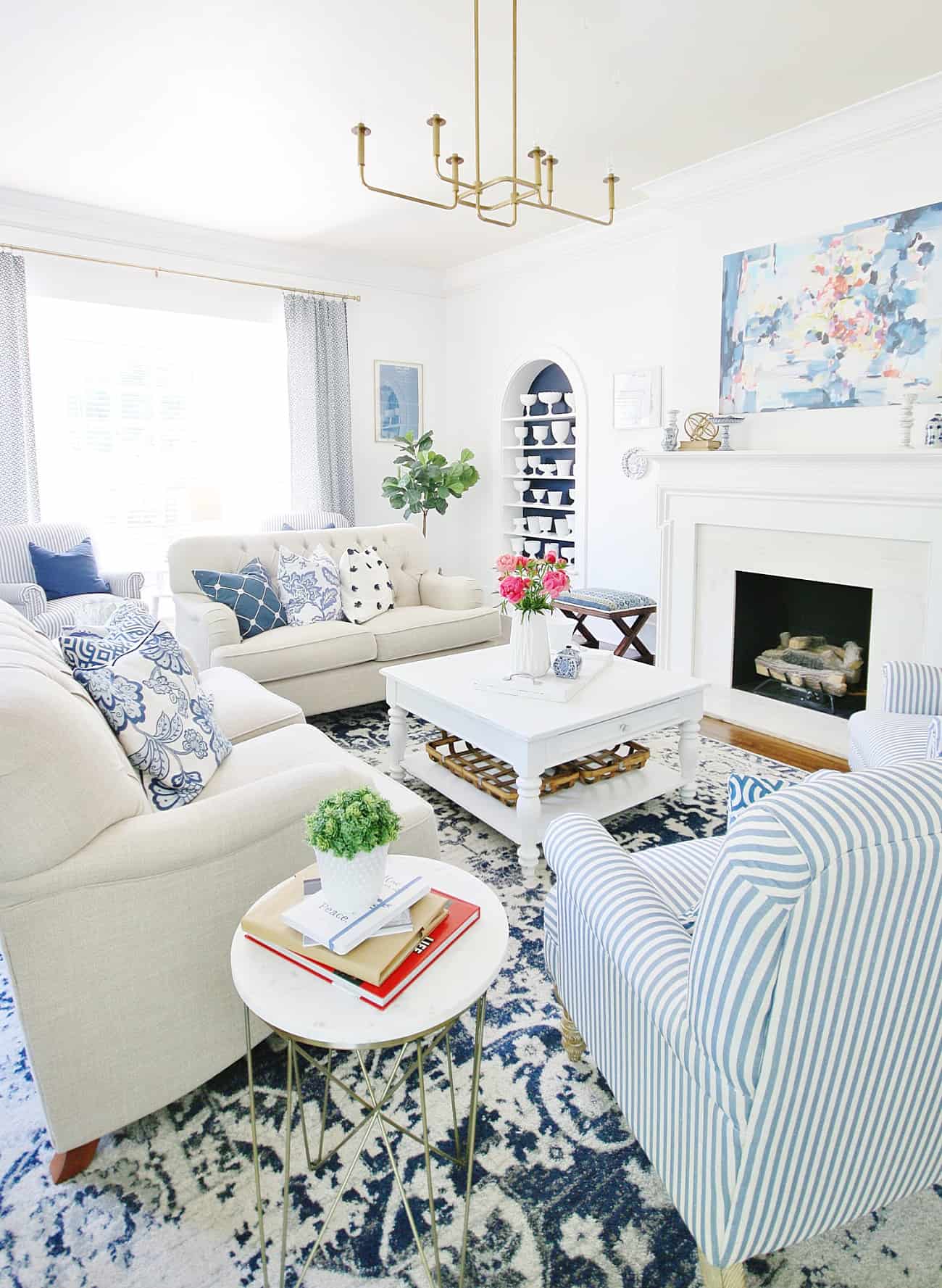 And what about potato?

And don’t even get me started on Carribean.

So many words. So many pronunciations. 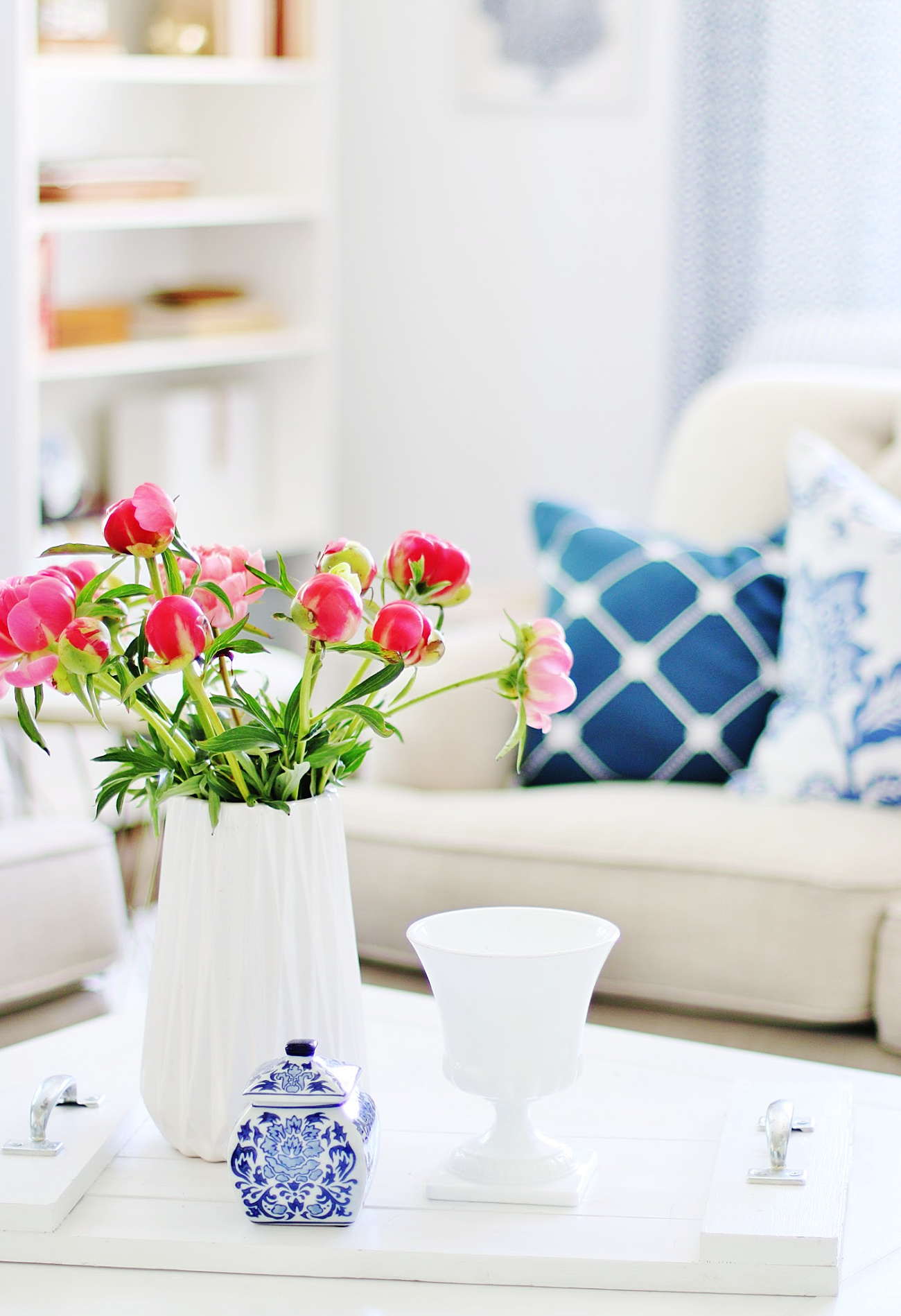 And it all started with these.

The ones I loaded up with from Trader Joe’s and put in my car and brought home and cut the ends off and put them in a vase. 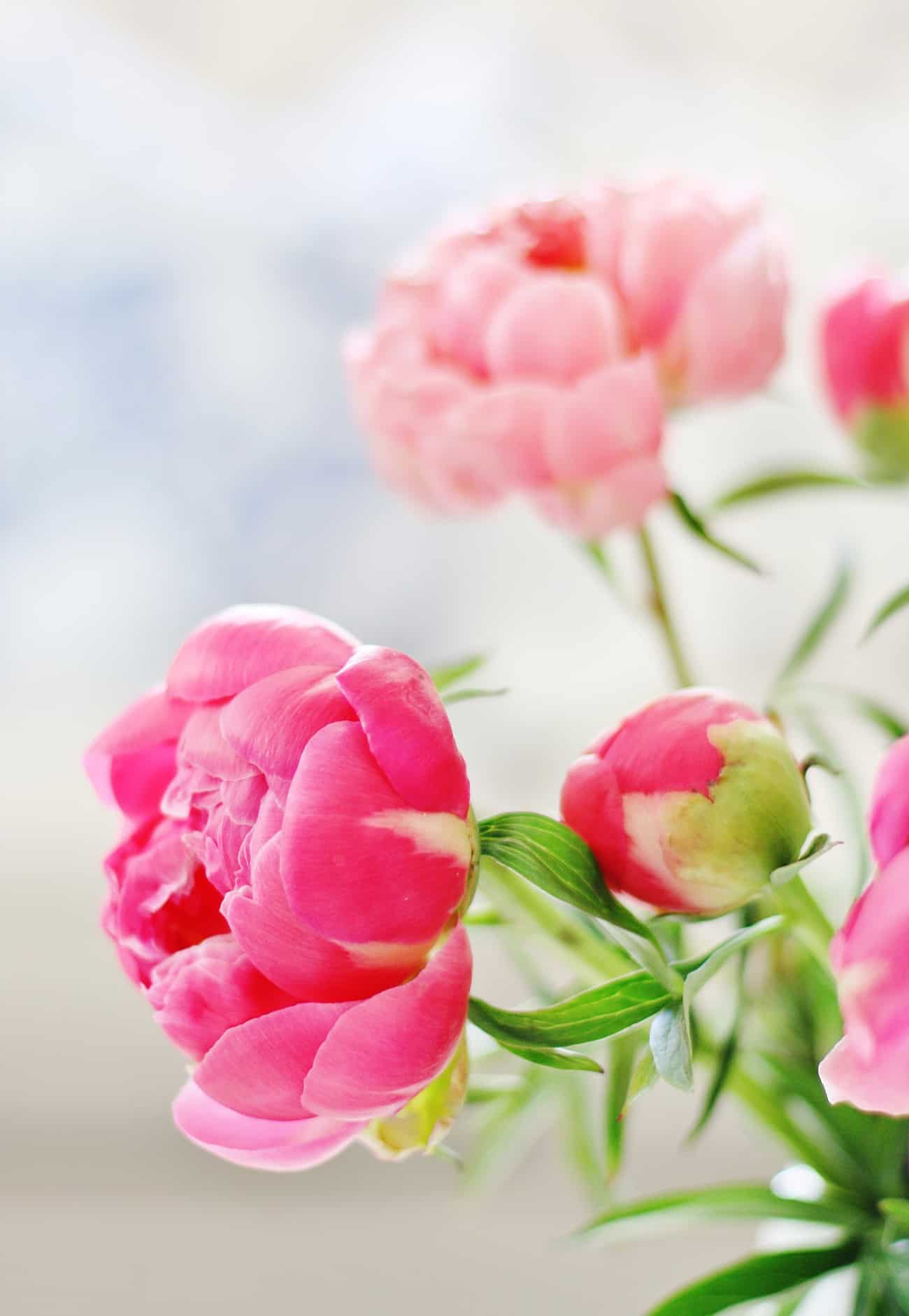 I guess in the end does it really matter?

Because no matter if you say PEE-OH-NEEs or PEE-A-KNEES there’s one thing we can all agree on.

The word to describe them? 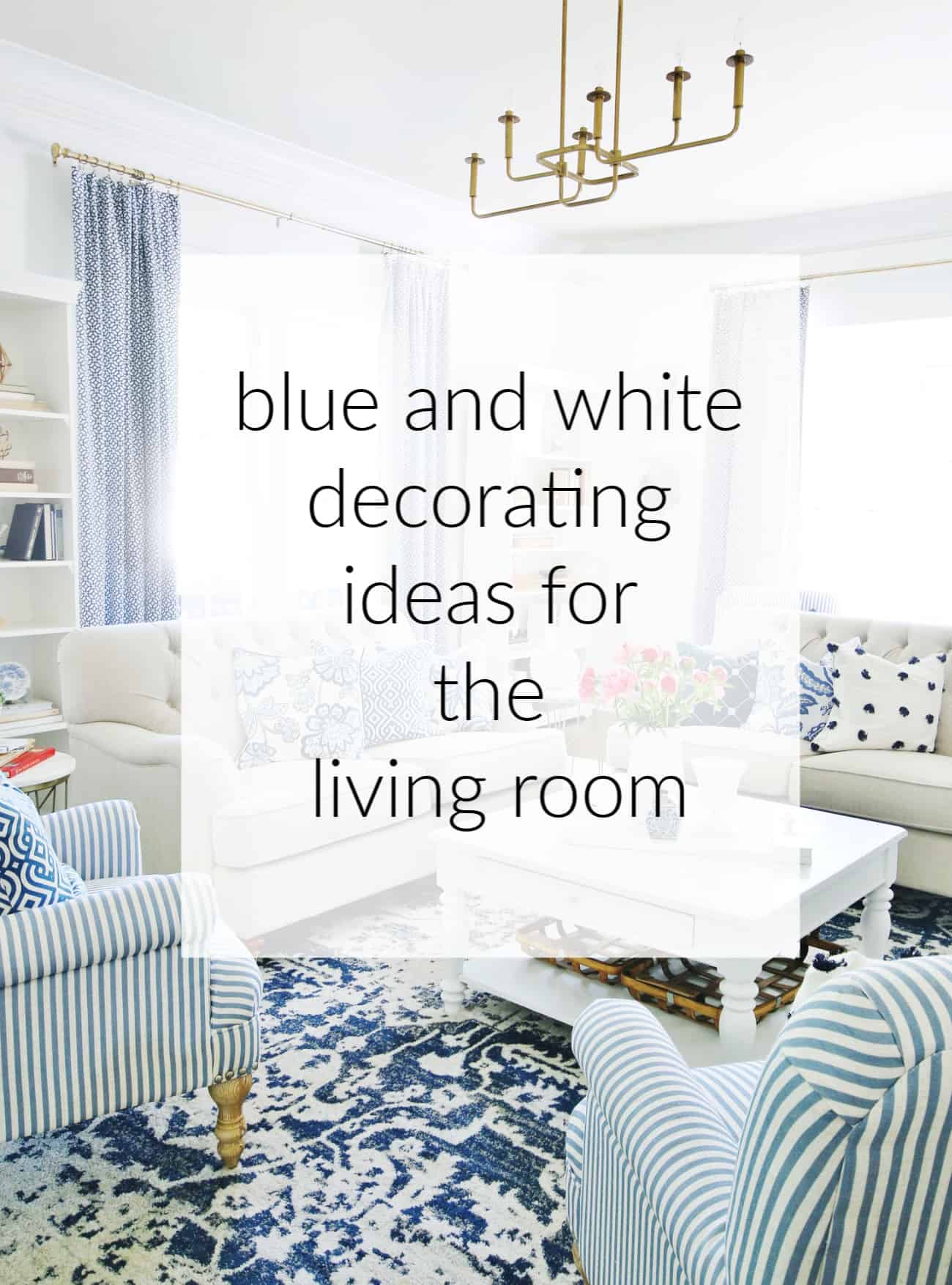 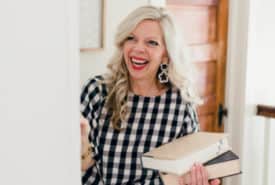 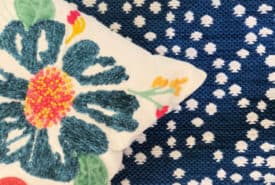 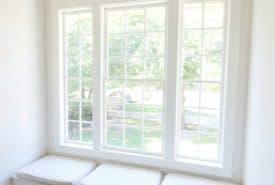 Before and After Window Seat Landing Area 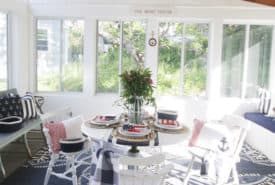