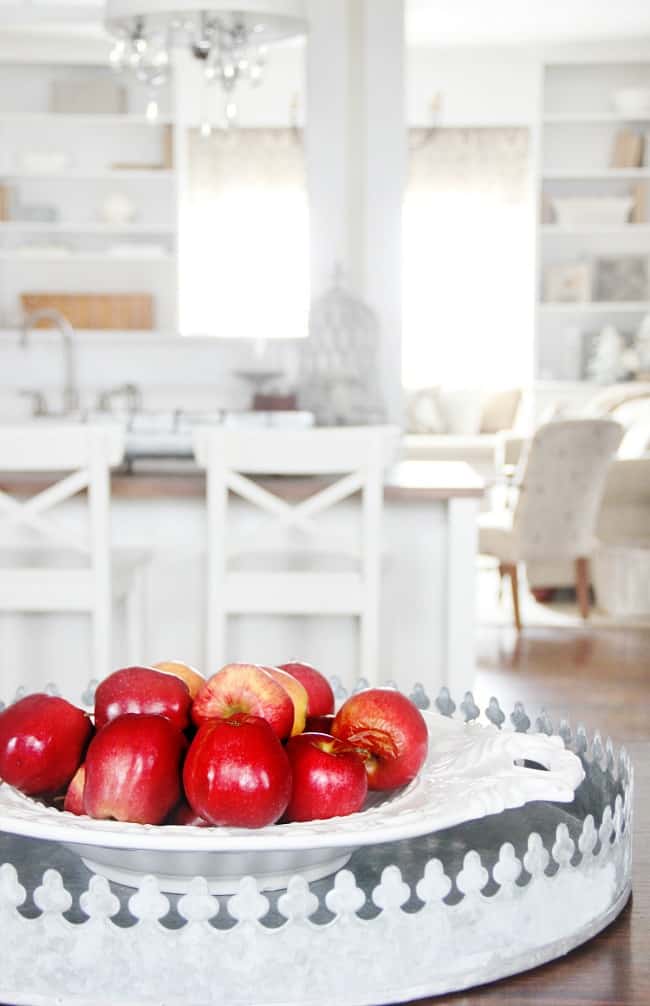 When you write a blog and you style your kitchen with apples and random metal trays and there are wire cloches and stacks of plates and bird’s nests everywhere, it can be a little overwhelming sometimes.

The plates used to be in one place and now they are in a basket.  You reach for a cutting board and discover it has four new friends.  There are leather sleeves on the mason jars and the measuring cups are having a getting-ready-to-bake convention half-way across the room.

My husband has a name for this. 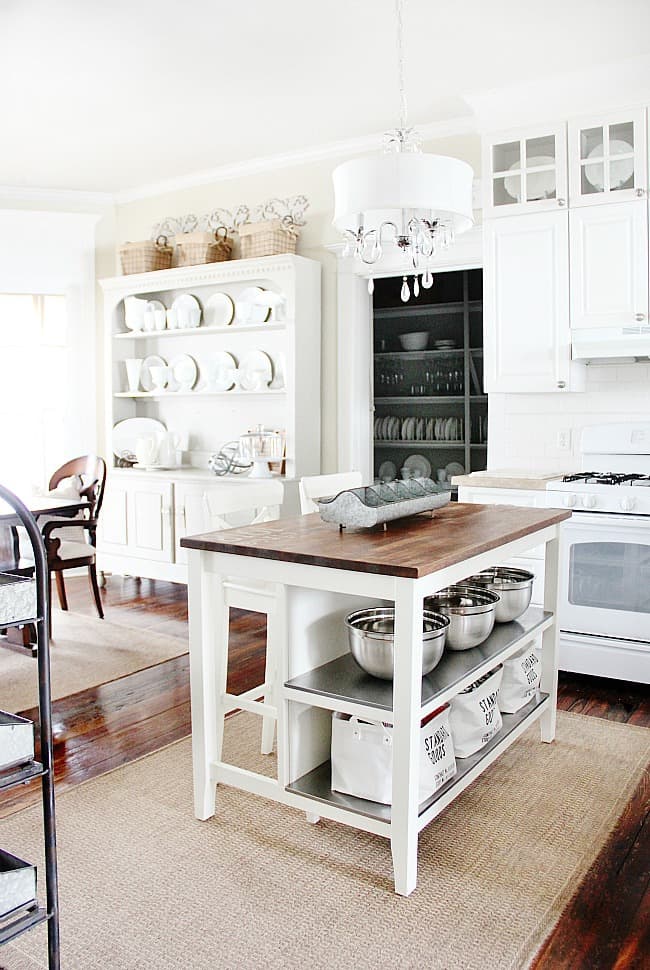 I’m not sure exactly where he came up with that term.  It just showed up one day.  Actually I think the exact quote was, “Why do we have to have so much freshy decorating around here?”

I don’t think I’ve ever heard of that referred to on HGTV before.

And I’m pretty sure there’s not a DIY Network show called “Freshy Decorators and the Houses That Love Them.” 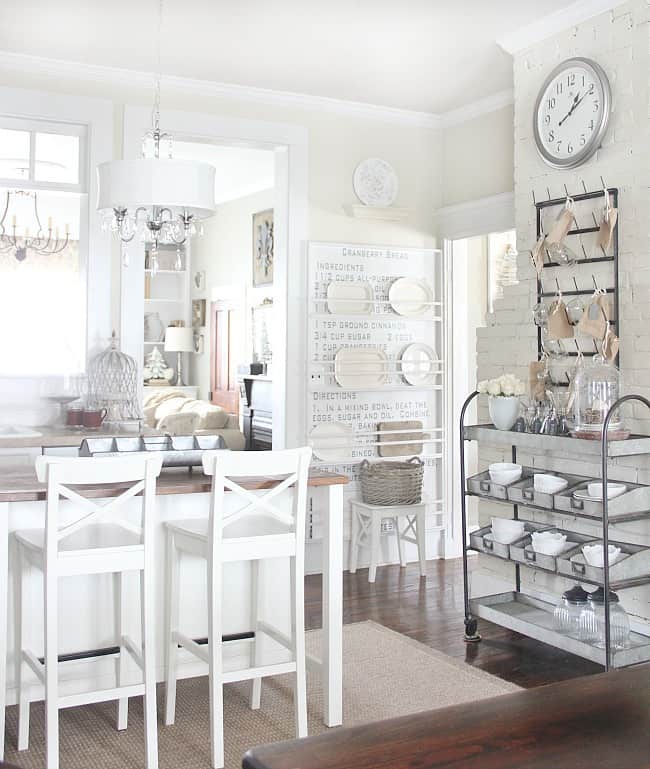 When he first said it, I remember staring at him blankly.

Willing him to go on. 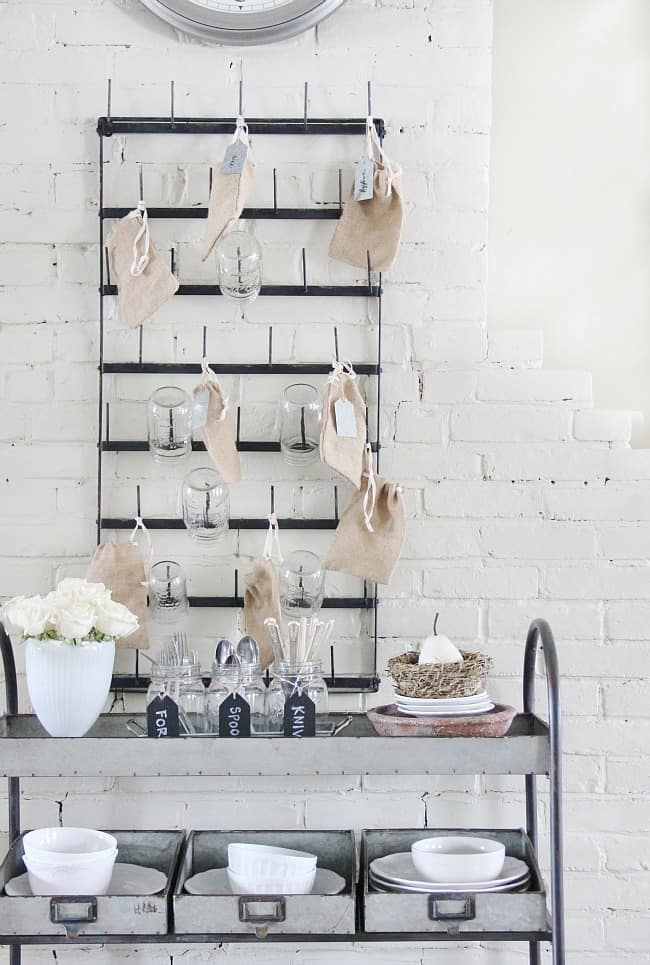 “Can you explain it to me?” I asked him.

He just stared back at me and shrugged and said, “You know.  It’s like when the decorating takes over the house.  When there’s freshy stuff everywhere.”

“Seriously.  It’s like nothing ever stays in the same place.  I can’t ever find anything.  And it’s all…well…it’s all so freshy.” 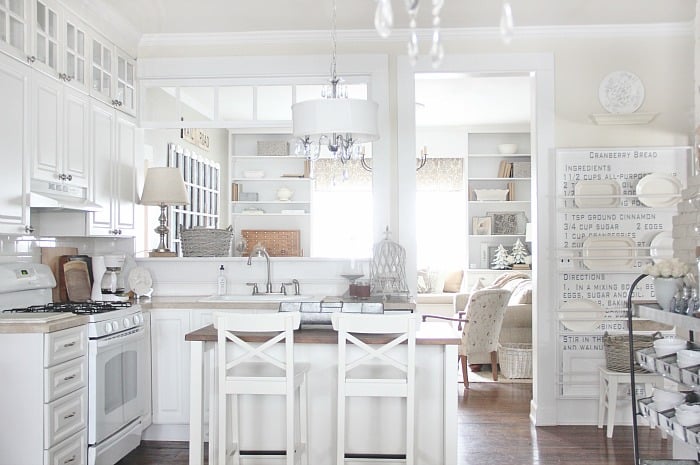 And after that discussion I tried to unfreshy everything when I could.

When I thought of it.

But sometimes when you least expect it, a little freshy shows up.

The other day I walked into the kitchen to find him searching frantically for a utensil.

He had a bowl of Cheerios and milk in his hand and he couldn’t find a spoon.

I simply walked across the room to the metal cart with the mason jars holding the silverware and pointed. 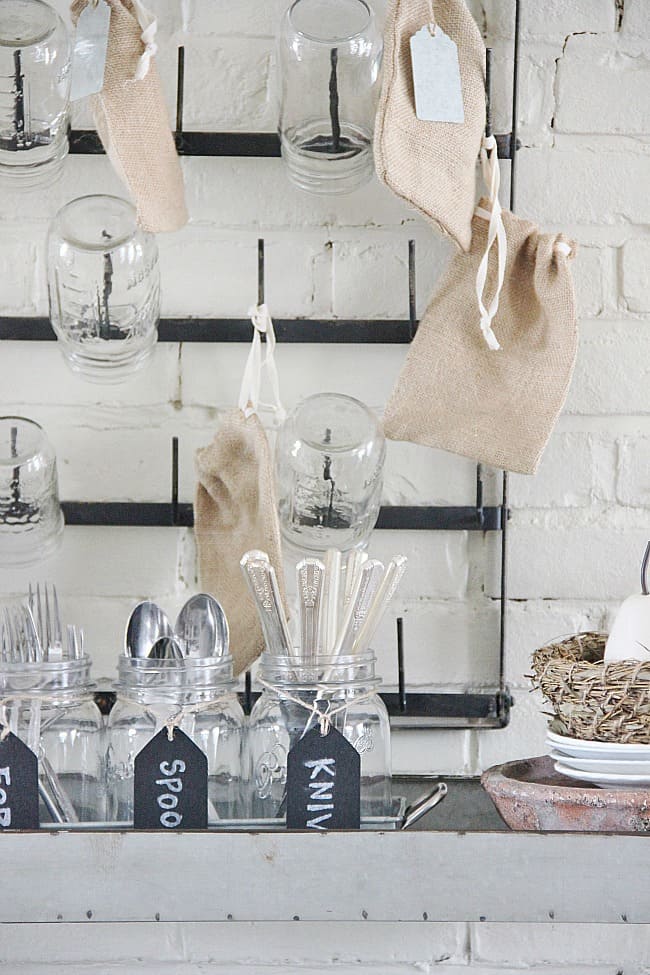 “Here they are,” I said. “See, I put them right next to the bowls.  I even labeled them with the cutest chalkboard labels.”

He sighed the sigh of someone with a bowl of Cheerios who is married to a blogger with never-ending brilliant ideas.

And then he paused and smiled, “They had to go all freshy with the knives and forks.”

Shhhh….don’t tell him, but I just moved the plates, too. 🙂 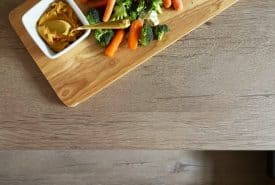 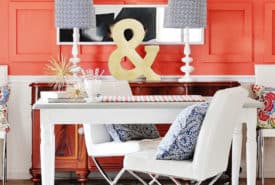 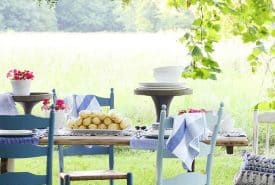