Make these simple DIY pom pom stockings with supplies from the dollar store. This is such an easy and inexpensive craft that takes minutes to finish. 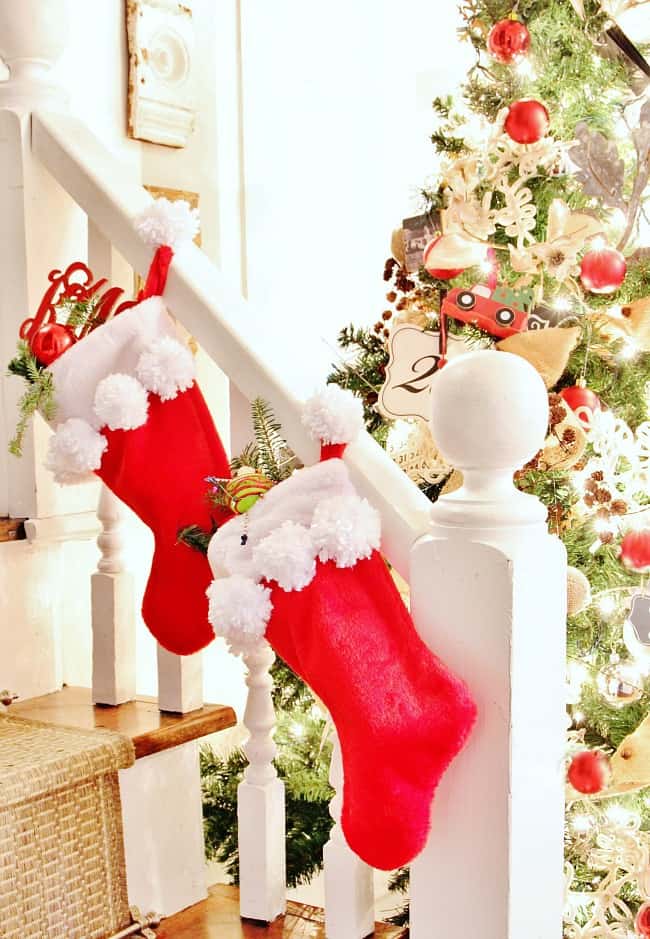 Have you ever had a light bulb moment in the middle of the dollar store?

You’re harried and rushed and your cart is full of things you couldn’t resist for a dollar like an entire row of glittered reindeer and mugs that say merry and tiny jingle bells that may become something one day.

And then you see those red stockings.

And roll your eyes.

Enough with the red stockings you think.

You’ve seen those stockings since episodes of Saved By the Bell appeared on television.

And then it happens. 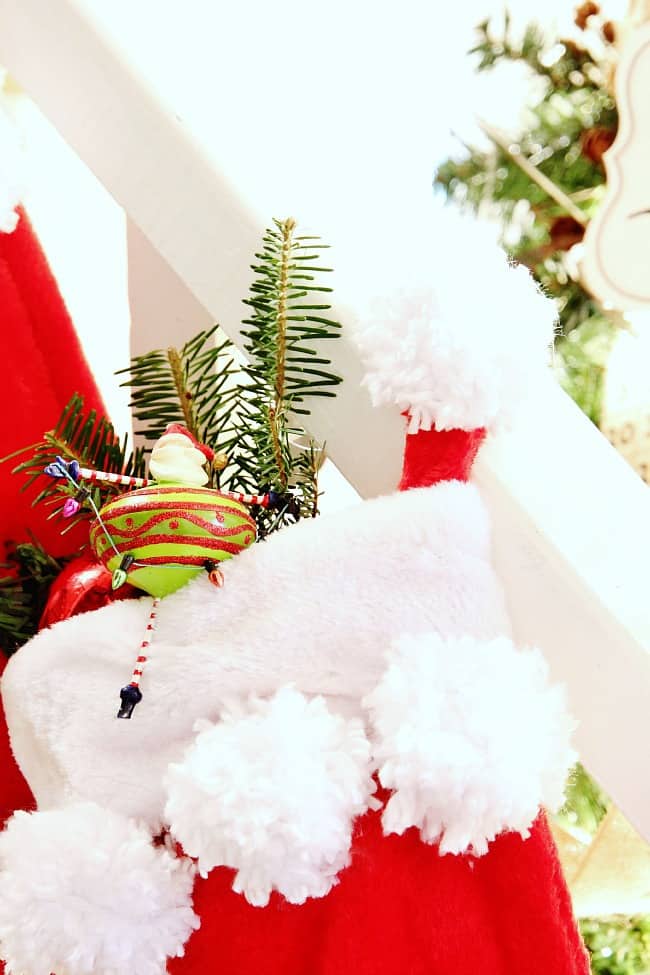 First of all, pom-poms make everything look a little more festive.

Especially stockings that are only $1.00?

I almost sang the Hallelujah chorus right in the middle of aisle seven. 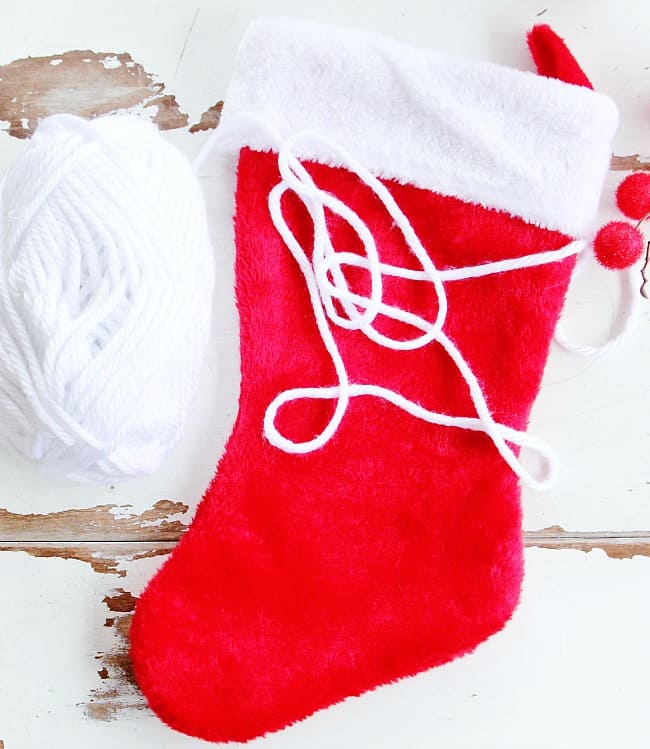 You probably have some of those stockings sitting around the house.

Leftover from the days when Jessie and Slater were meeting each other by the lockers after fifth period. 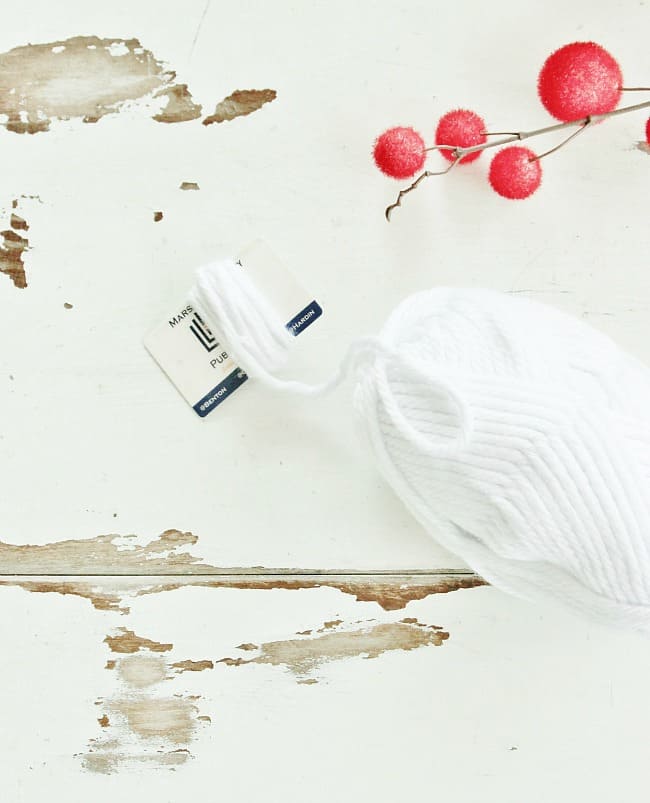 Start your pom poms by winding yarn around a library card.

And you thought library cards were only for checking out books.

Any yarn will do, but the chunkier the yarn, the fluffier the pom-poms.

This yarn from Walmart is my favorite.

Wind it 25 times around the card. 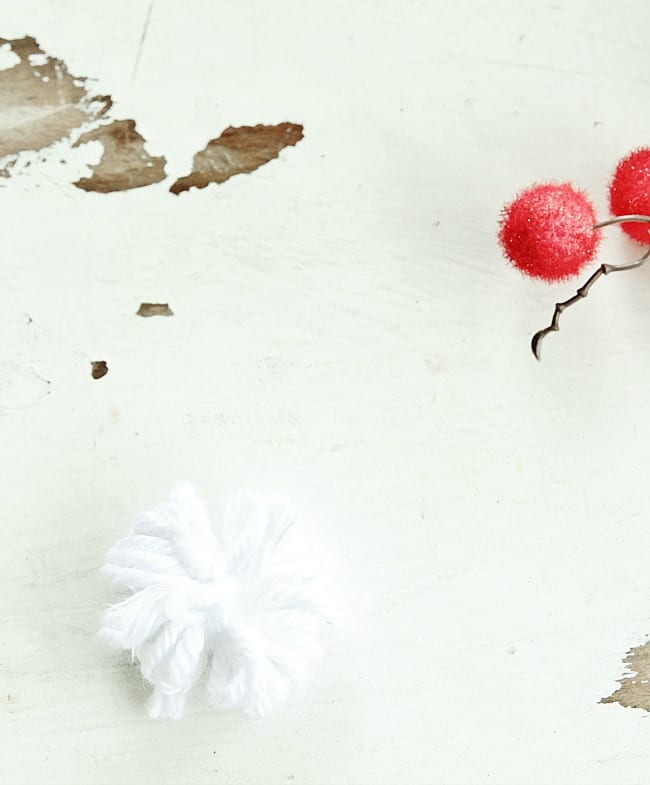 Step 2: Pull it off card

Gently pull it off the card.

Tie a 6-inch piece of yarn around the middle.

Then cut through all the loops of yarn. 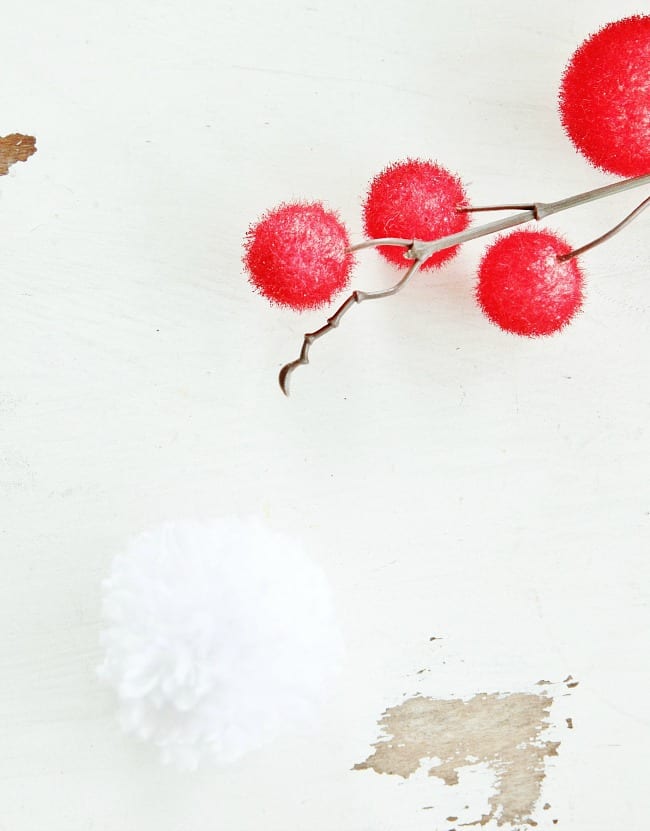 And repeat until your pom-pom is the size and shape you want. 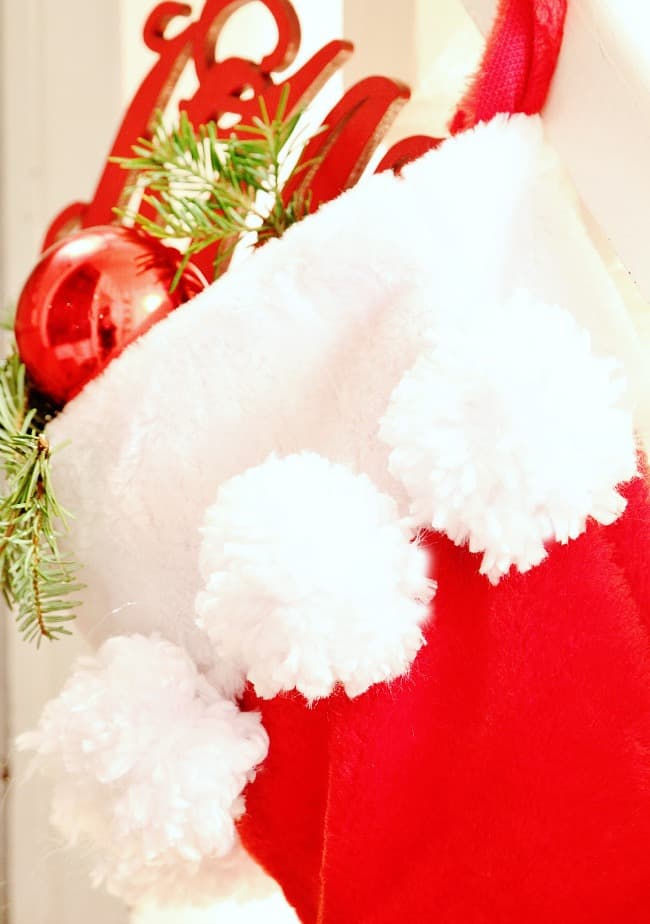 Next, simply glue the pom-poms onto the stocking using fabric glue.

I added four pom-poms on the front and one on the top.

Let the pom-poms dry on the stockings before you hang them up.

Even Mr. Belding could make one. 🙂

PSS Here are some of my other favorite SUPER affordable Christmas finds from Walmart. 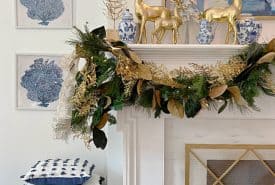 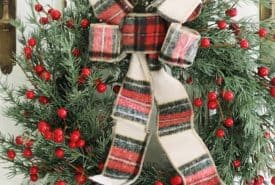 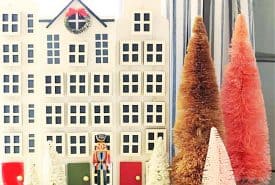 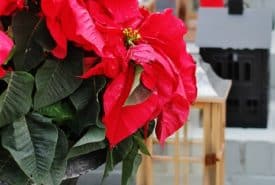 Christmas Decorating Ideas For the Porch