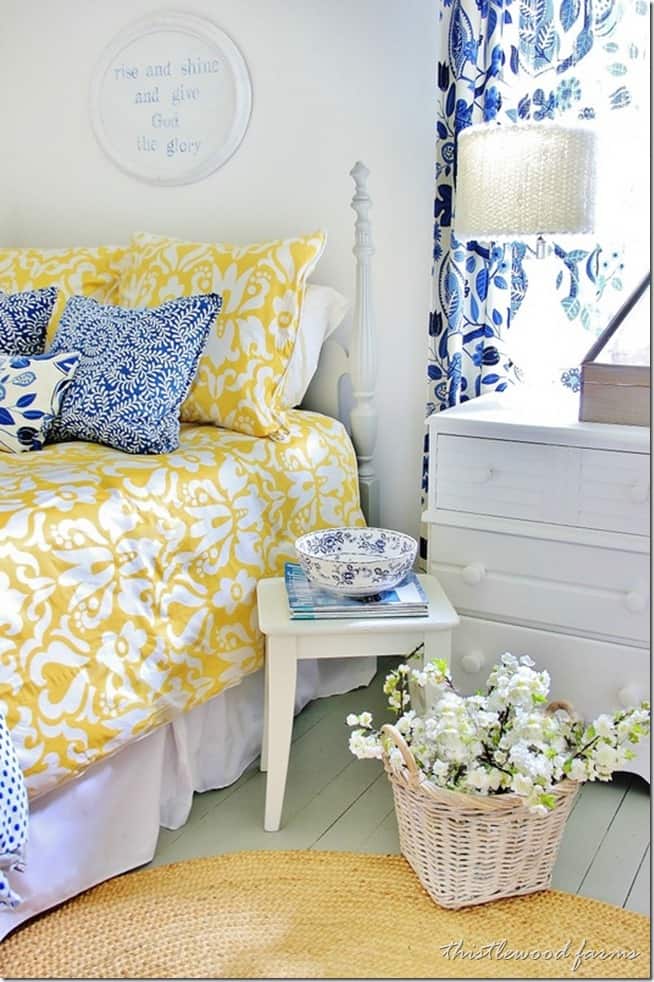 This is the duvet cover in the upstairs guest room.

I love duvet covers. I’ve even made them out of sheets.

I loved them when I saw one long ago on an episode on HGTV where they featured a duvet cover on a bed and I thought to myself that it was genius and I wondered how you say duvet…..

….and where in the world can I get one?

It was right about the time I discovered sisal rugs. 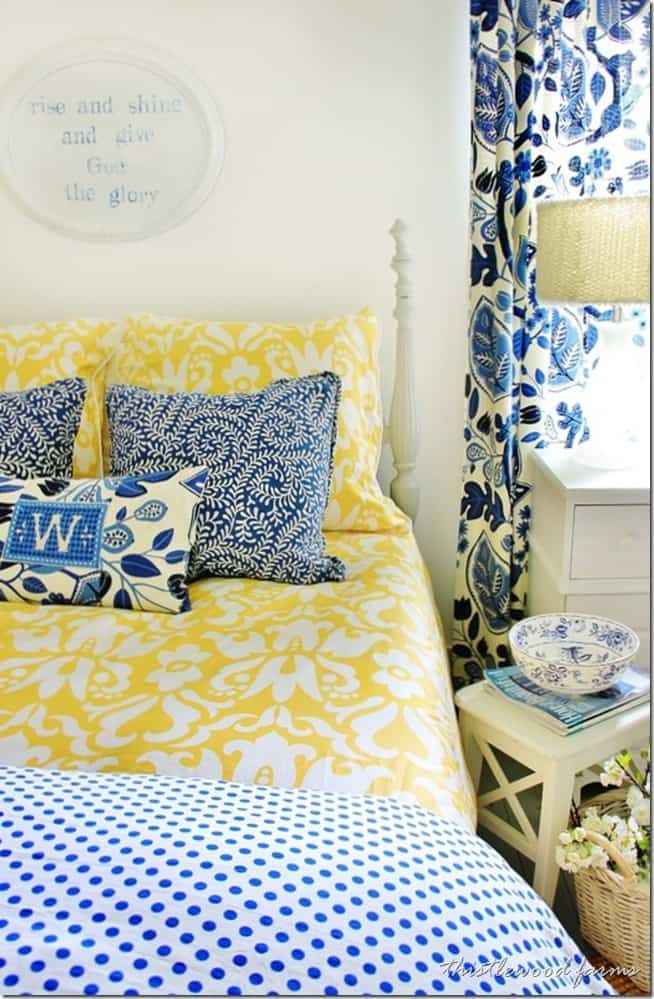 Have you ever tried to put on one before?

You turn it inside out and try to find the corners and then the other corner gets lost somewhere inside the duvet cover and you start sweating and just when you think you have it all together and you finally have the insert in the right place and you go to fluff it….

….and discover that half of the insert is bunched up and looks like a camel. 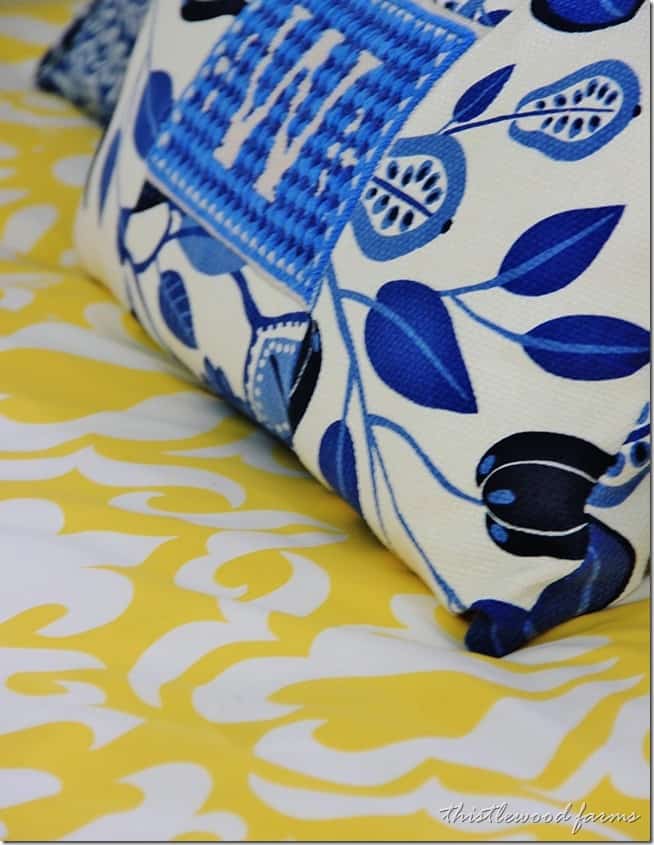 And then the other day on facebook I saw a new way to put on a duvet cover.

They just rolled it up.

And it took about five minutes.

I thought it was too good to be true (like a lot of things on social media) so I tried it.  And it worked like a charm.  Easy peasy.  So simple.

So I’m paying the tip forward to all of you with the best tip for putting on a duvet cover. 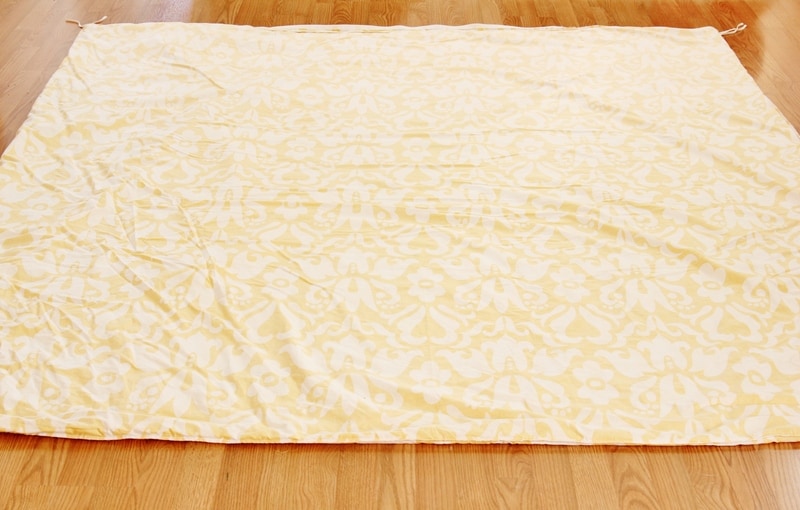 1.  Start with your duvet cover.

Turn it inside out.

You want it to be as smoothed out and even on both sides as possible.

Make sure that the opening to the duvet cover is on the opposite side from you.

For example, in this picture it’s at the top of the screen. 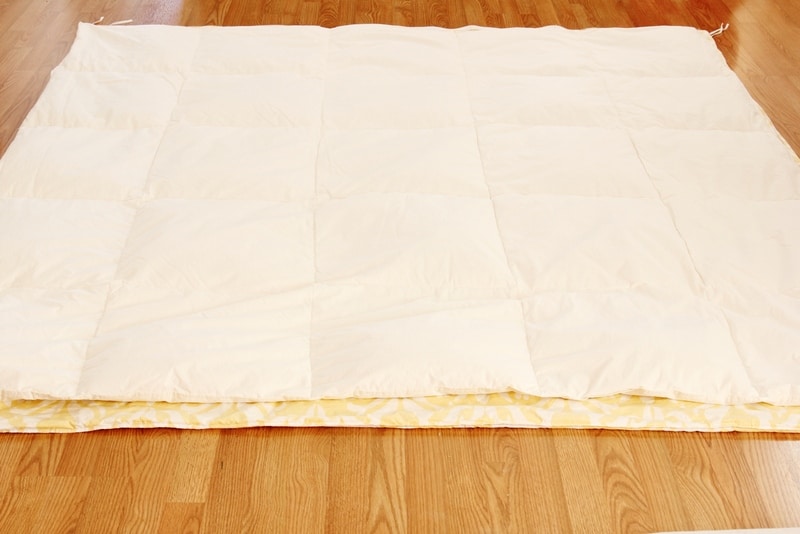 2.  Place your insert on top of the turned inside out duvet cover

Again, straighten it out and make it as even as possible.

If you have ties…tie the corners of the duvet cover onto the insert.

If not, they sell these fun clips that you can clip the corners of the duvet cover to your insert. 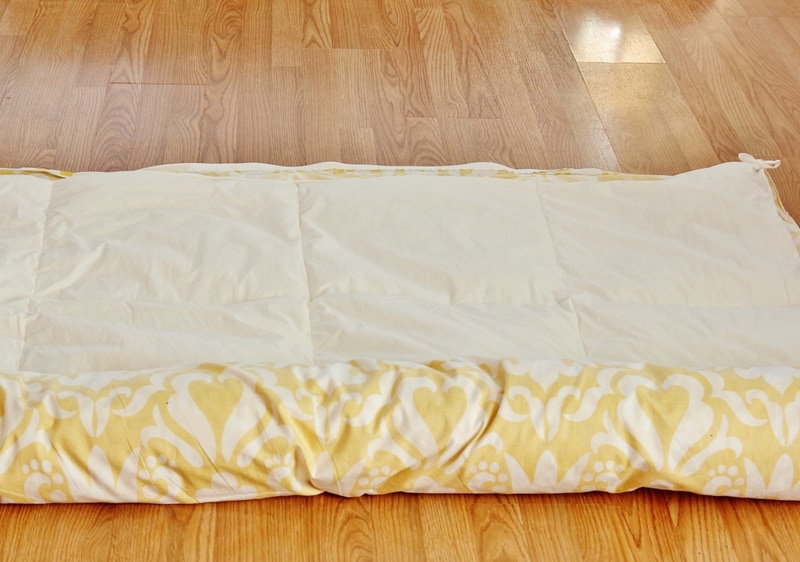 Begin with the side opposite the opening and just roll up the cover like a jelly roll.

Make it as even and straight as possible.

Roll it all the way up until you reach the opening. 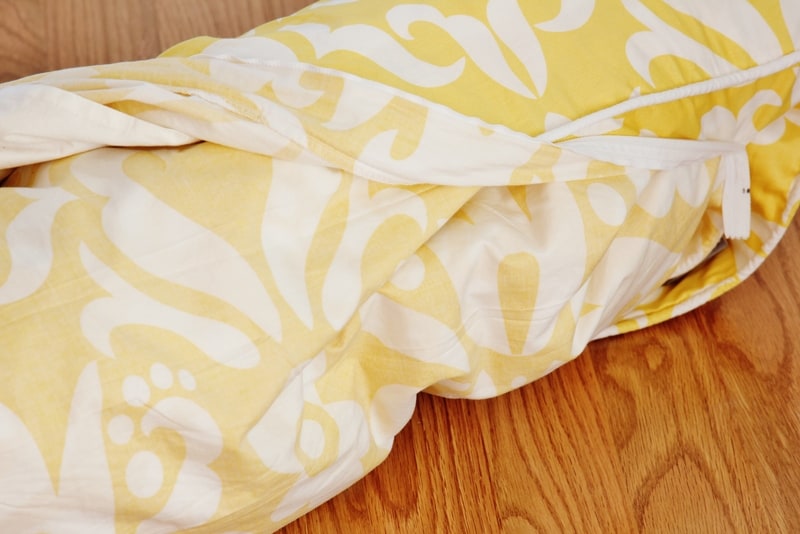 4.  Tuck in the ends of the duvet cover

This is the part that sounds so hard…but it will make total sense to you when you get to this step.

You have your finished roll.  It’s rolled all the way up to the opening.  The opening doesn’t extend all the way to the corners. Take the roll and stuff it inside those corners.

I tried to take a picture of it so it made sense.

Repeat this for both sides.

You just unroll it back and the duvet cover rolls right out on the right side. 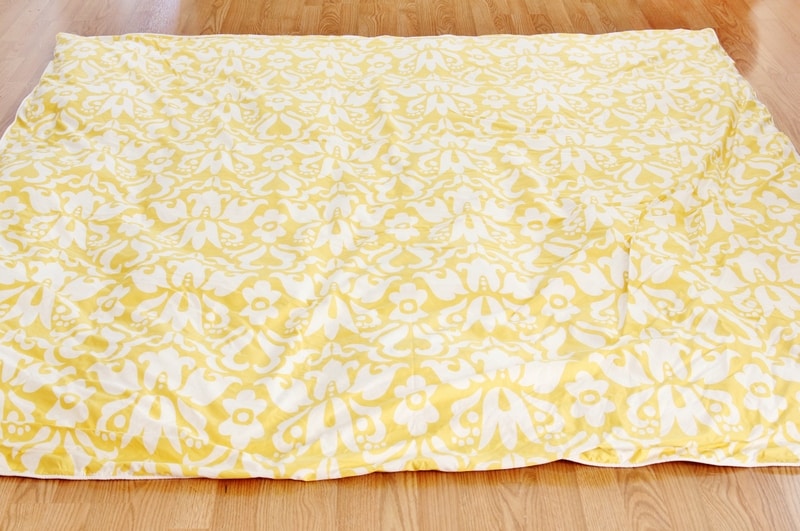 After you finish rolling it….you will want to give it a good fluff to make sure everything settles into place.

Now…you will probably want to just add the insert on the bed.  I just took these pictures of rolling it on the floor so you could see how it works.

And here’s a Reader’s Digest Version for you.

Just to make you smile.

PS I also have a great post on how to make a duvet cover out of sheets here. 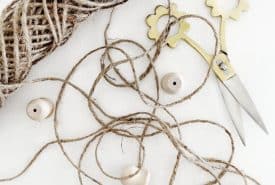 How To Make Mini Tassels 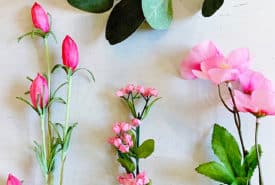 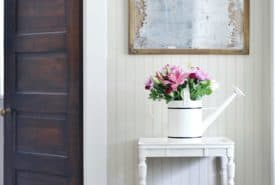 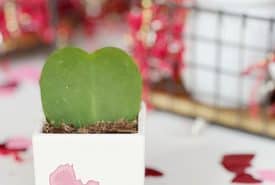