Looking for unique and creative ceiling design ideas? Here are seven creative ways to make your ceiling so much more interesting. 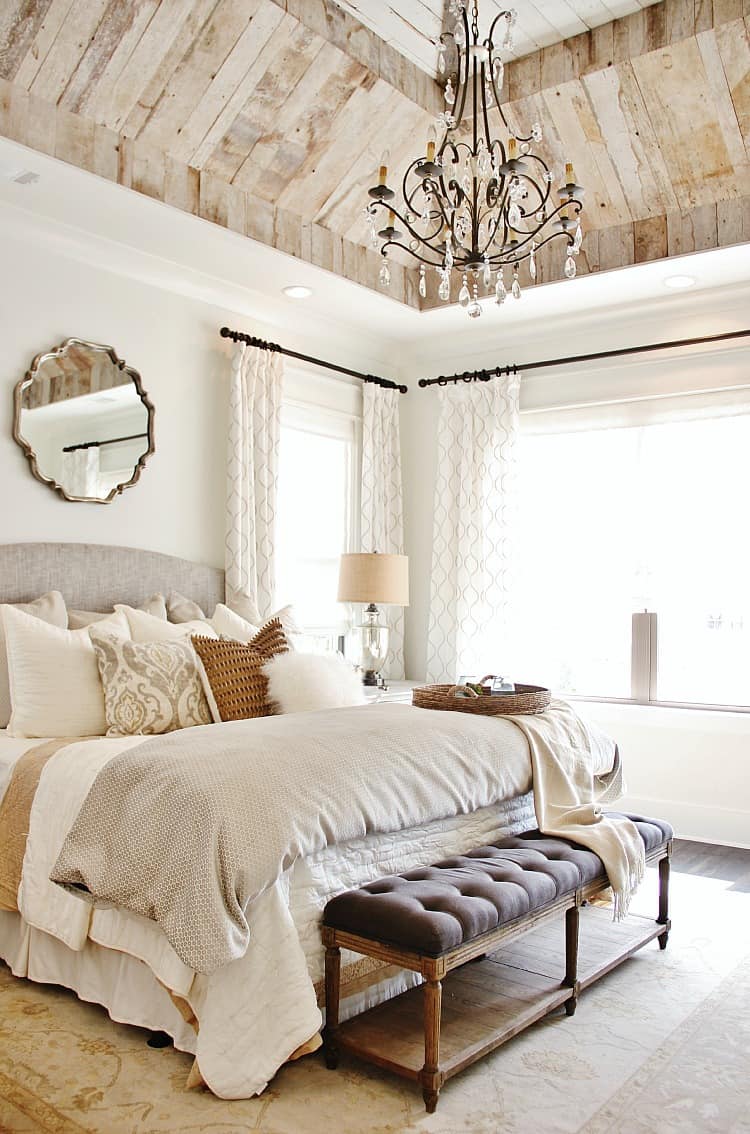 This is supposed to be a serious article about ceiling design ideas.

Ideas that are so clever and so unique and so creative that they give you a crick in your neck from looking up.

But when I sit down to type?

They don’t want to prose on about clever, creative unique ideas for the fifth wall in your home.

All they want to do is say: 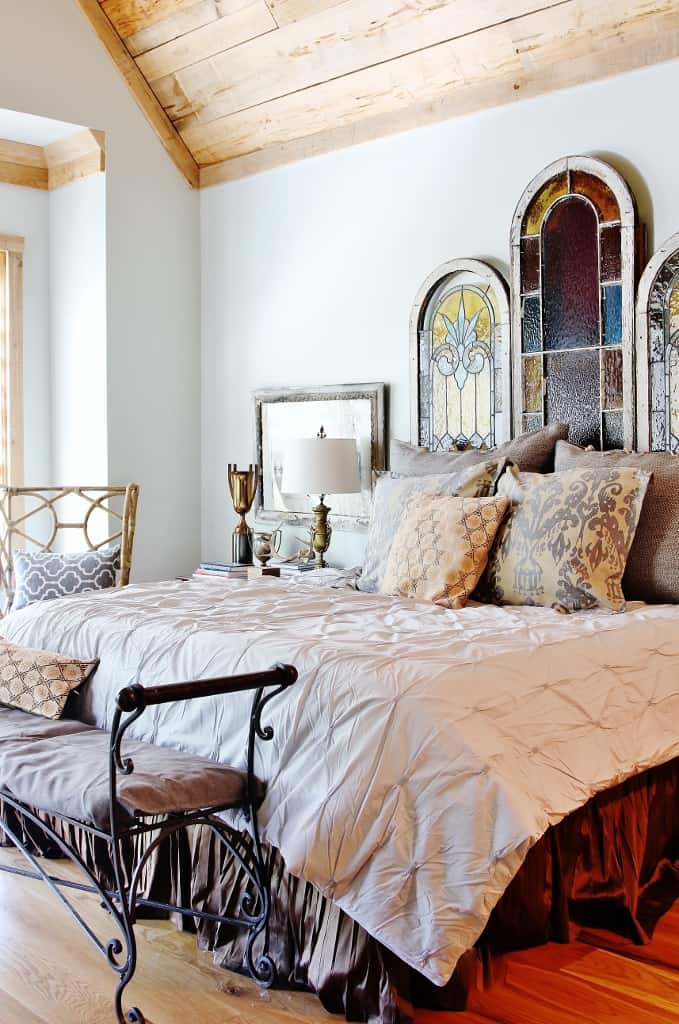 This bedroom in the house that I photographed in Alabama has a simple pine ceiling.

It’s such a simple idea.

And yet so brilliant at the same time.

I love the idea of using plain pine planks—but keeping it interesting with different sizes and widths of the boards.

(total aside: you know you weren’t even looking at the ceiling because of that headboard.) 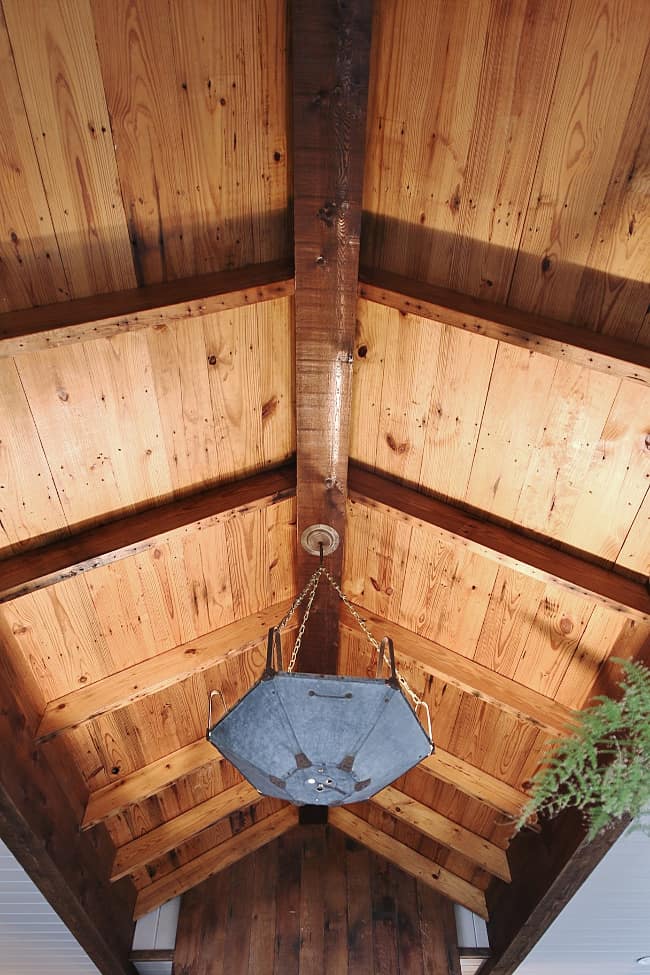 Here’s another ceiling with a similar treatment from the tour of my old house.

The new owners created this amazing porch area reusing wood from the house.

I love the simplicity of the pine. 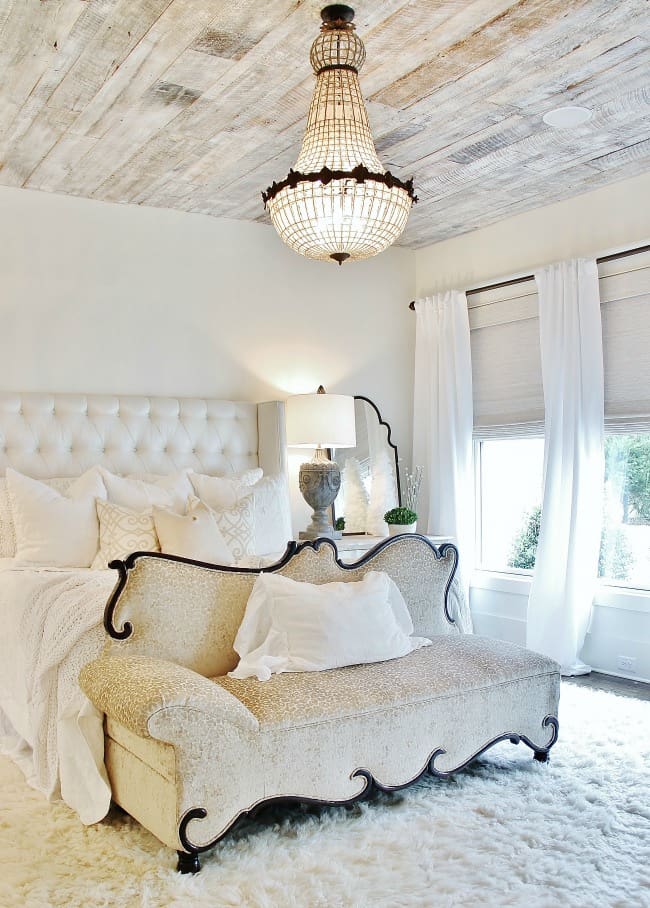 This is the same song second verse option of number one.

Except the wood has been distressed and whitewashed.

This is the perfect option if you are remodeling an old house and pull down a wall and need a place for all that wood that you want to recycle.

Then make sure you call attention to it with a chandelier like this. 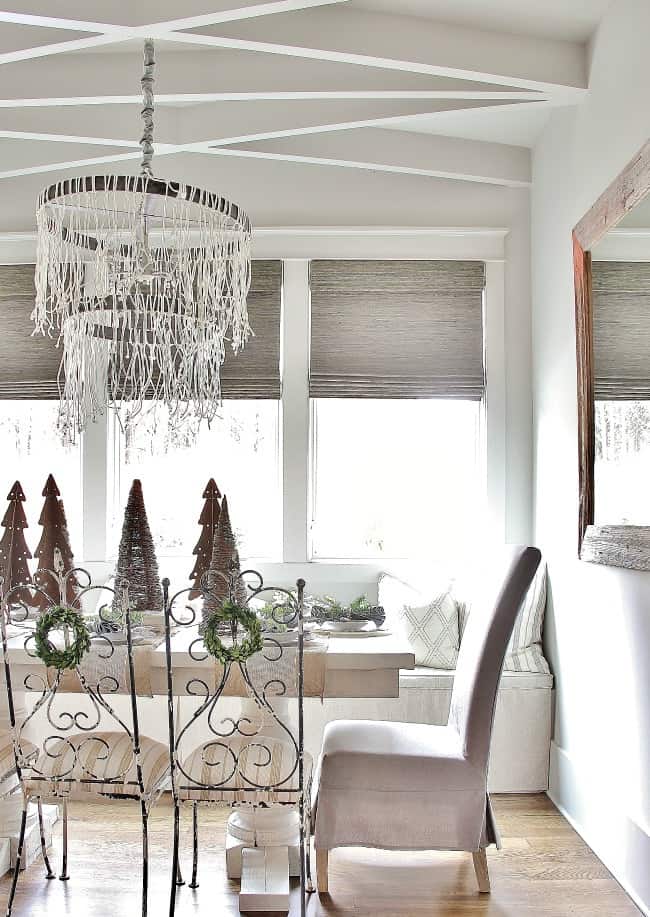 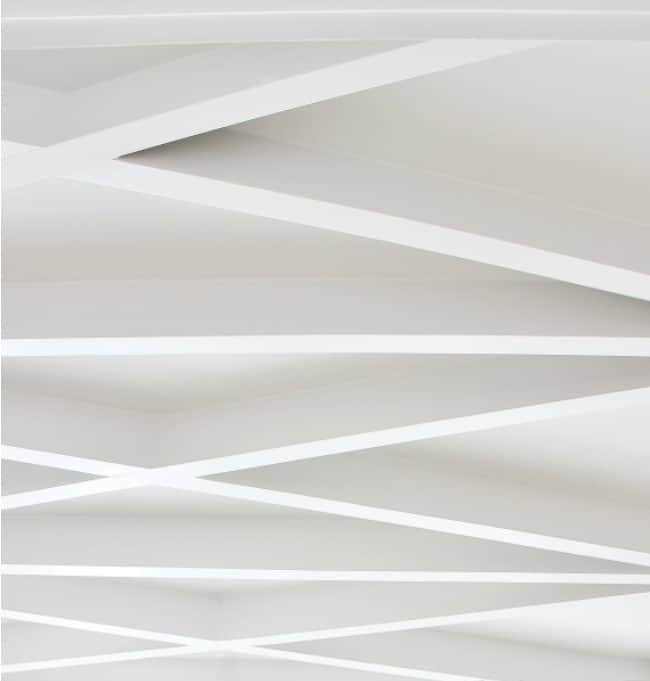 I know there are Christmas trees in this picture but I had to share this one.

It’s one of the cleverest ceiling design ideas I’ve ever seen.

This is from a showhouse in Nashville that I photographed and I literally gasped the first time I saw it.

My first thought was how amazing it was.

My second thought was that it might involve a lot of dusting.

But I’d be up on a ladder with a Swiffer every day of the week to have a ceiling like this. 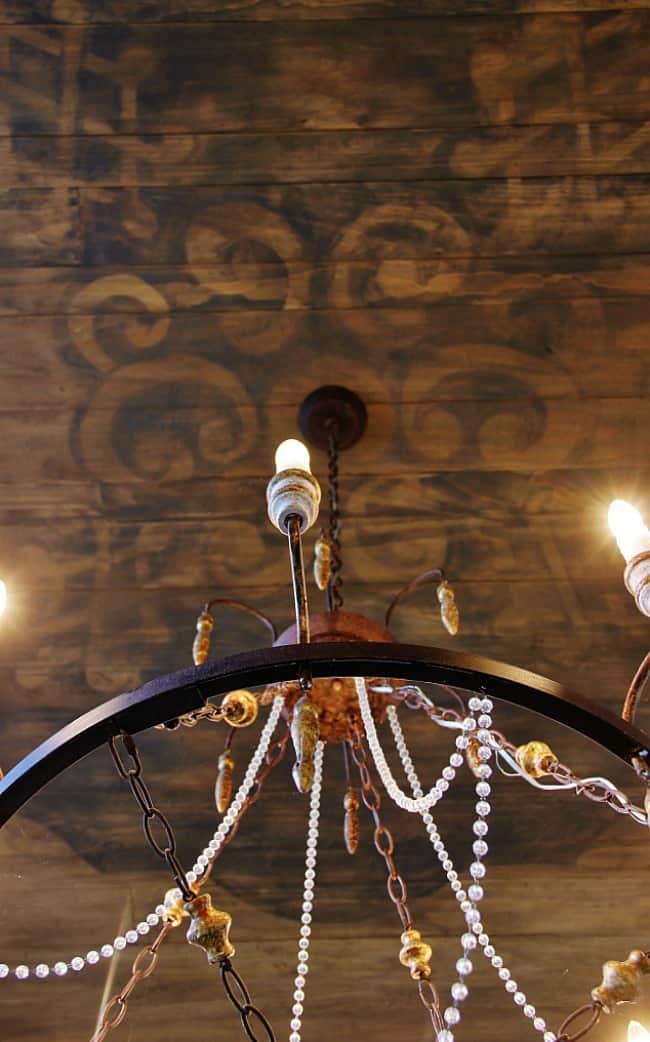 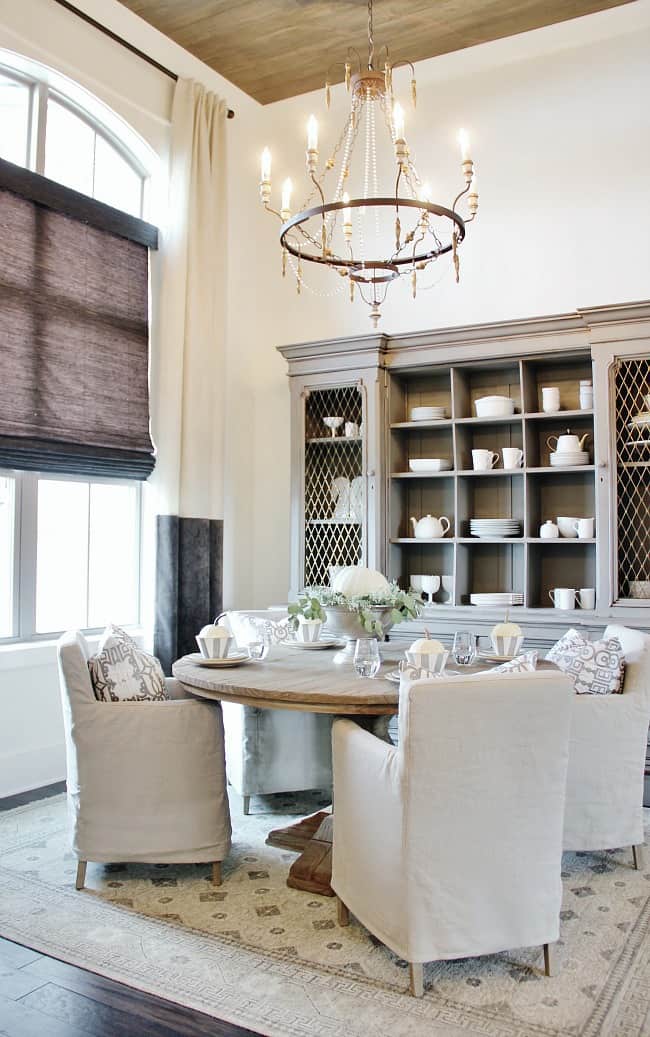 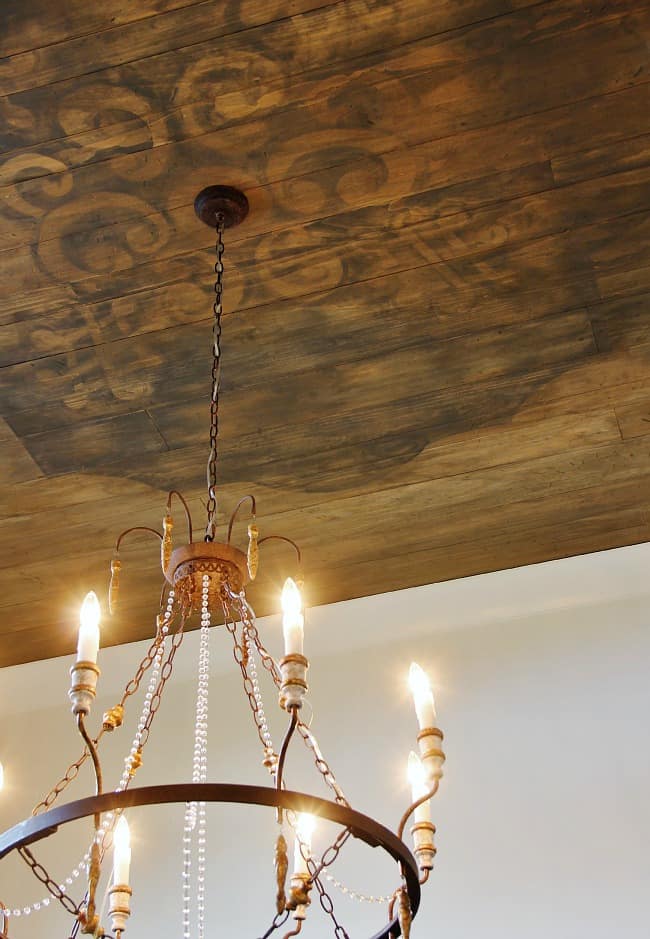 And it’s relatively simple to create.

Just stain the ceiling and layer in a stencil with a different color of stain. 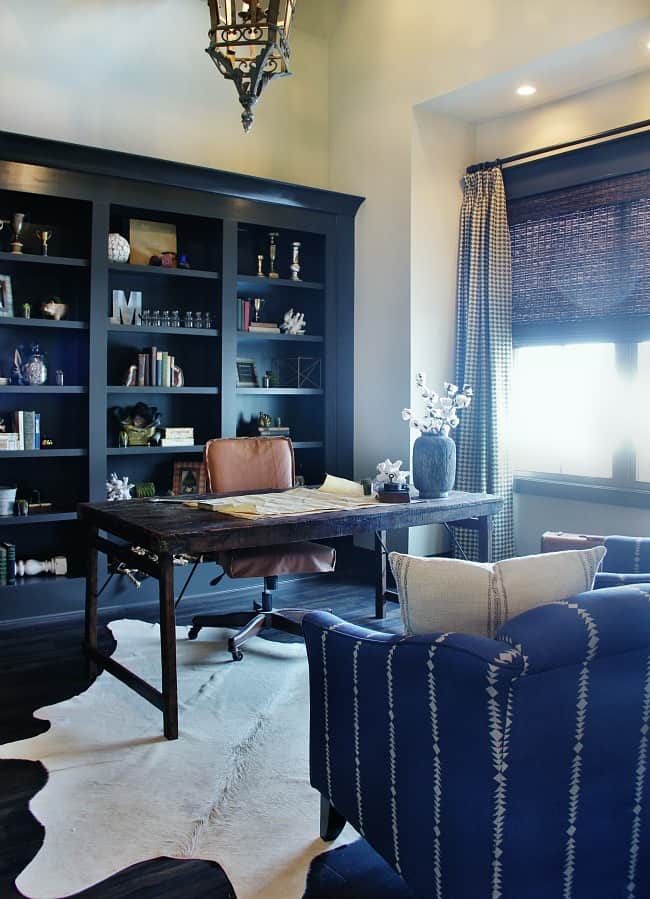 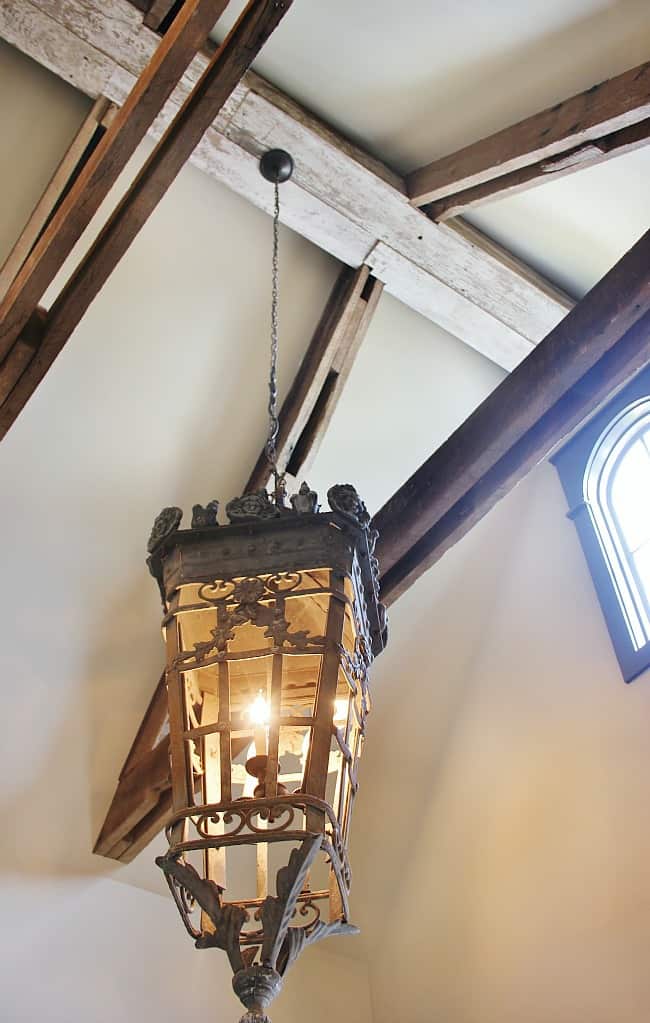 This study ceiling is from a house I photographed in Nashville.

The decorator told me that they found this arch in an old barn and had it reconfigure to the ceiling.

If you don’t have an old barn lying around, you could recreate this with reclaimed wood and a lot of patience. 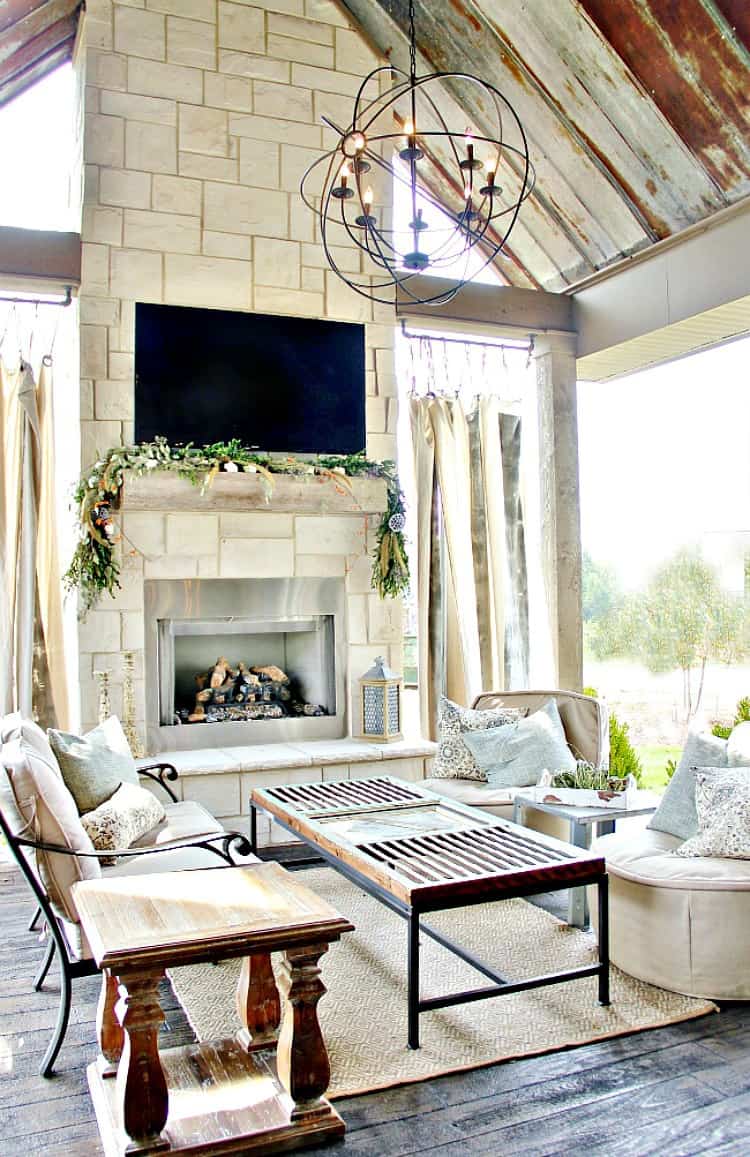 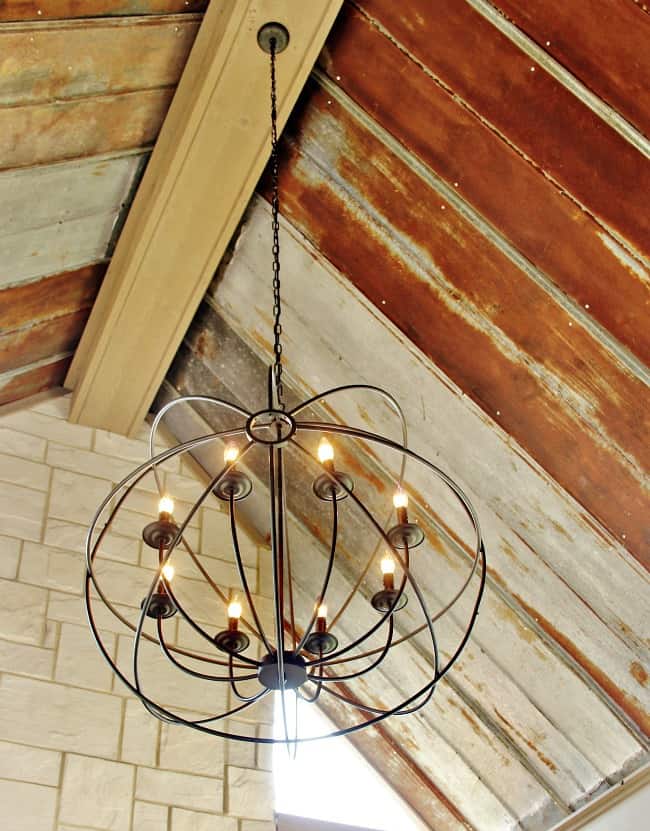 This was a porch on an outdoor area of a house I photographed and a clever option in the ceiling design ideas enclycopedia.

This is recycled metal from another project.

The beauty of the ceiling is that it was left alone.

They just sealed the original patina on the metal and left it as is. 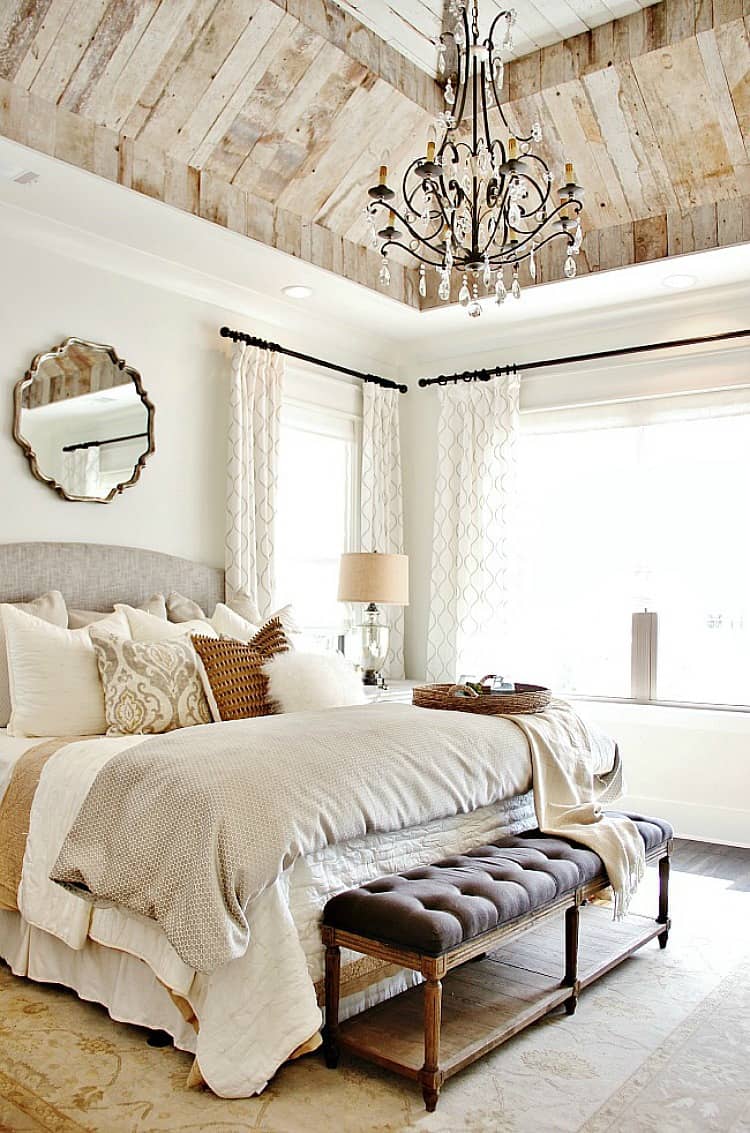 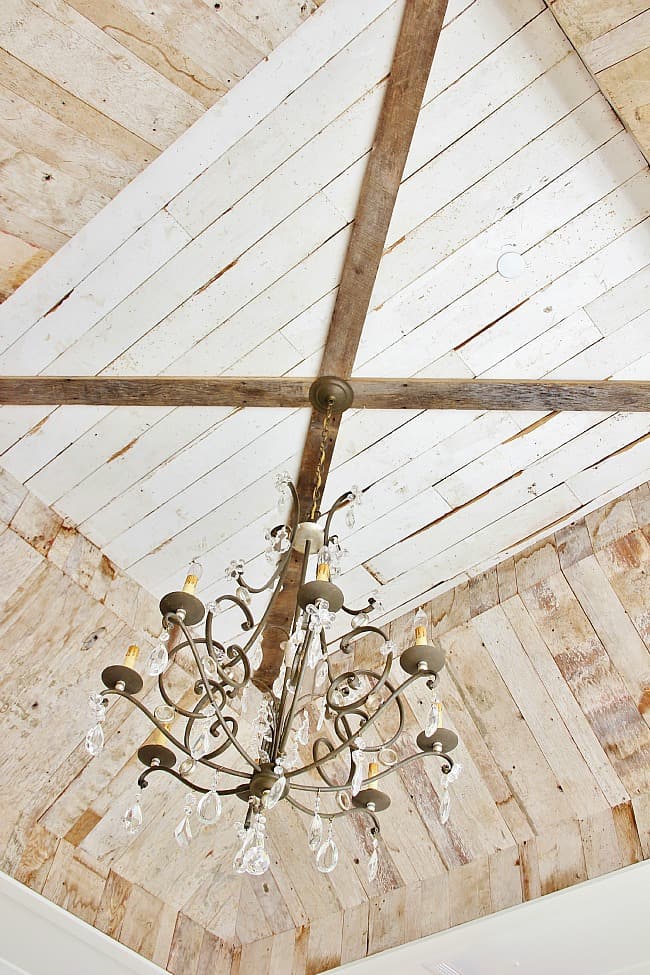 We come to this.

My favorite ceiling on the planet. It’s two different types of wood wrapped around a trey ceiling. And then? As if that wasn’t amazing enough, they added a third beam in the middle of the center part of the ceiling and added this amazing chandelier.

I photographed this years ago from a showhouse that I photographed. I actually think it’s everyone’s favorite ceiling because do you know how many times this picture has been pinned?

It told me it wanted you to pin it. 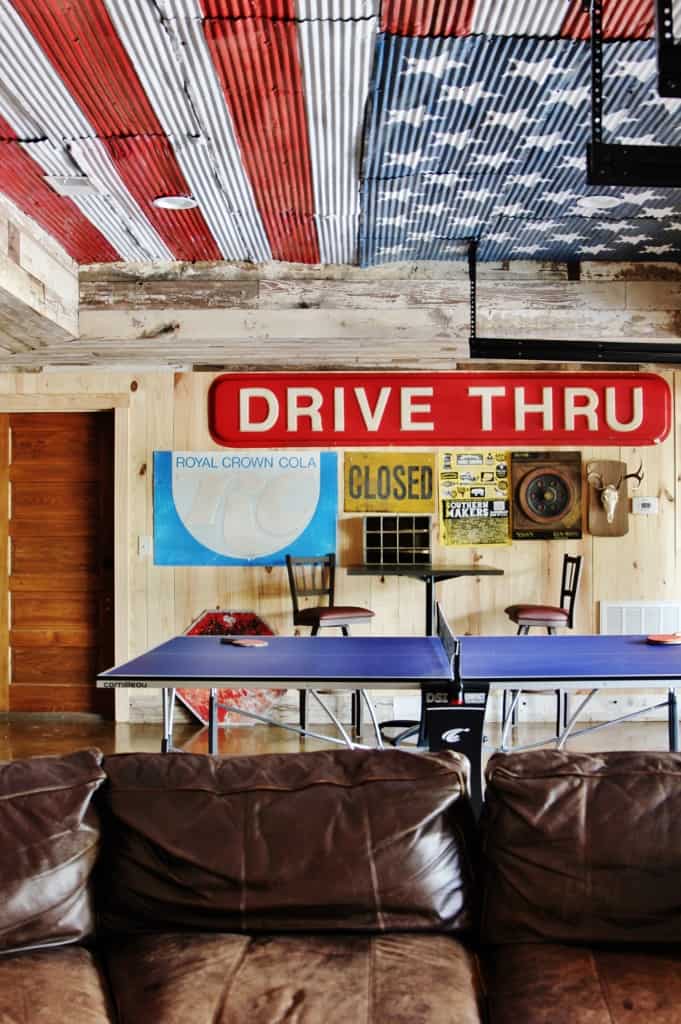 PS One more for the road.

I found this picture from a house I photographed in Alabama.

Every ceiling needs a little red, white and blue. 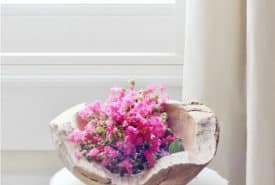 How to Decorate With Flowers for Spring 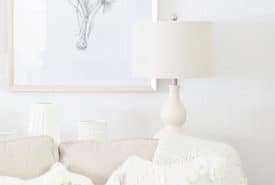 How to Choose a Lamp Shade 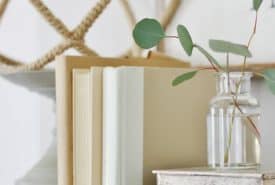 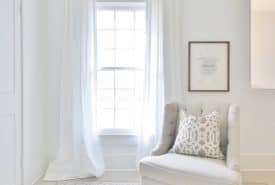